The transmission infrastructure, in power and data, is poised for complete to substantial overhaul, build, and rebuild in the country spawning enormous opening for private entities. Let’s see how companies like Sterlite readies for the challenge.

The latest edition of Sterlite’s Connfluence (a portmanteau formed of ‘Connect’ and ‘Influence’) held in Gurgaon recently saw a greater participation, in terms of both the number and nationalities signifying the increasing global prowess of the company. Connfluence 2015 became important also because it reaffirms the Sterlite’s transformation from the manufacturer of optical fiber and power conductor to the transmission solution provider, a role efficiently shouldered by Sterlite and desperately needed by the nation.

All noted companies of global standing were conspicuous by their presence and attended the event to fathom the enormous opportunities in India and globally with regards to telecom and power transmission from the eyes of Sterlite, spearheading the sector substantially in India and on globe. The tremendous opportunities accruing in the sector can’t be leveraged by a sole player, calling for synergies and collaborations of various expert domains – a prime motive for Connflunece 2015.

“When we talk of life partners, we talk of a life lasting relationships. Why can’t we invoke the same solid, lasting bond when we talk of business partners? I think Connfluence is a right forum for Sterlite Group to have a relationship, have an understanding, have a dialogue and see that how we can maintain this relationship in long term for mutual benefits,” said Mr. Pravin Agarwal, Whole-time Director, Sterlite Technologies on the occasion.

Sterlite Technologies shares the same lineage as the USD 16 billion Vedanta Group Plc, a globally diversified natural resources group. The company has primarily two business segments viz. power and telecom with product manufacturing, system integration, and infrastructure solutions in both. Before 2010, the company was primarily involved in product creation for both telecom and power sector. However, its swift transition to transmission system creator thereafter is quite a success story.

Speaking about the evolution, Mr. Anand Agarwal, CEO, Sterlite Technologies said, “The evolution of Sterlite into engineering solutions and infrastructure development was not more by design than was from demands placed on us by customers. The demands resulted in very close associations with customers to understand what exactly their issues are, where we can add value, and where we can help.

“We were primarily a copper cable company when started. 20 years back, in 1995, the optic fiber facility was set up and 10 years after we commenced manufacturing power conductors. In 2010, we added grid business to our portfolio. Since then, Sterlite Technologies has grown appreciably and globally both in terms of presence and portfolio. This evolution in continuum has been possible only because there were demands and we could leverage those for Sterlite’s growth.”

Sterlite with its operations in India and overseas has manufacturing units in India, China, and Brazil. With net revenue over USD 500 million, EBITDA USD 85 million, and capital outlays worth USD 1.5 billion, the company’s recent advances in engineering and infrastructure creation auger well for its growth. “The facts that major telecom companies, in fact 6 of the top 10, utilize Sterlite’s innovative solutions and 35 percent of the company’s consolidated revenue comes from international markets reaffirm our focus in what we do,” said Mr. Anand Agarwal. “The focus continues to be telecom and power in terms of products, system integration, and infrastructure creation. But within the domain, the focus is more on laying transmission lines, for the transmission of data and electricity. We have under-taken various projects and we are sure with over 1500 workforce and a Centre of Excellence Sterlite will do wonders.”

On the power side, Sterlite makes ACSR (aluminium conductor, steel reinforced) and HPC (high performance conductors) and is amongst the largest capacities globally. “Other than overhead conductors that normally brings power closer to the city, we also have high voltage power cable business for bringing the power from sub-stations outside the city to closer points of consumption. We make HV/EHV cables ranging from 6.6 KV to 220 KV,” said Mr. Anand Agrawal.

Sterlite also manufactures OPGW (optical ground wire) and accessories. An optical ground wire is a type of cable that is used in the construction of electric power transmission and distribution lines. Such cable combines the functions of grounding and communications. “As a synergizing entity, we also do optical ground wire. These ground wires go over the power lines with optical fiber in them. We, in collaboration with the State of Maharashtra, are putting optical ground wire across all existing power lines – co-investing and creating networks,” Mr. Agrawal said.

In terms of system integration on the power side, Sterlite is laying new lines and also doing re-conductering. Apart from end-to-end project management, the company is involved in engineering, integration, roll-out, and O&M.

Speaking on the aspect of system integration, Mr. Anand Agarwal said, “We are addressing a unique requirement of the country. We have found that in sub-transmission areas, areas of 33, 66, 132 KV, the demand is increasing closer to the points of consumption. But, adequate infrastructure is lacking to get the power inside the city. We started a specific vertical to deal with the issue which is focused not on creating the traditional EPC network based on towers and foundations. This is essentially focused on the transport of power where we upgrade the already deployed conductors and upgrade the sub-stations thereby doubling the transport of power on the same line.”

In terms of power infrastructure, Sterlite is the largest private-sector, independent, power-transmission company in India. The company has 6 major transmission projects in its kitty worth USD 1.3 billion of capital commitment. With 5000 km of transmission line and 3 sub-stations across 12 states, Sterlite is emerging big on the transmission landscape of the country hitherto dominated by the state-run entities.

“After POWERGRID, we are the second largest dealing in such portfolio. This has happened very fast, just over four years period. This is something we are really proud of,” said Mr. Anand Agarwal. “The most important part of portfolio that we have added is build-own-operate-manage (BOOM) model. This became possible only five years ago when India first opened up towards privatizing transmission sector.”

Sterlite’s telecom business again spawns three sub-segments on the line of its power business. On the product side within telecom, it has fully dedicated manufacturing control over value chain with a dedicated Centre of Excellence churning out applications for long haul to last mile communication. “It’s a sand-to-broadband story. We start from silica, converting that through chemicals, glass to fiber cable eventually. We now are building networks in the country apart from making transmission and transport products,” Said Mr. Anand Agarwal.

Speaking on system integration in telecommunication, he said, “It’s all about the network creation- network at its base level, the fiber cable network at passive level, active layer on top of it having transport layer and application layer, et al. We do end-to-end project management and are involved in several projects of technology platform deployment like MPLS, GPON< DWDM, etc.”

In the telecommunication infrastructure creation, Sterlite’s engagement is on massive level and the company has vindicated its binding commitment to infrastructure creation during last three years prodding several novel projects in the area, like creating neutral access network for instance. “In this segment, we started just two and a half year ago in response to a problem which India has. In the country, every single city has several operators (approx. 7-8). There is a huge demand for high speed broadband networks which, of course, can’t be provided solely over a wireless network. We have created an inter-city fiber network in 6 cities connecting about 180,000 homes and which is neutral access network. We give, at any point of time, options to customers to choose from 3-4 service providers,” Mr. Anand Agarwal said.

He added, “These are early days. However, we believe that this is a unique business model to our country and will shape pretty well in days to come.”

The Govt.’s ‘Make in India’ meant to spur the indigenous manufacturing growth seems to have strong bearing on the transmission infrastructure prospects in the country. Measures like speedier decision making within the Govt., better international relations improving trade, focus on the creation of world class infrastructure, and emphasis on strong fiscal discipline are sure to create tremendous scope for the cable industry, especially in laying trans-mission channels across the country.

“India is at inflection point. The new government is sending strong signals that it’s open for business by initiating programs like ‘Make in India’. A massive USD 1 trillion is to be invested in next five years towards creating infrastructure. Power and data transmission, of course, would be vital components of this huge investment in infrastructure,” Mr. Anand Agarwal said.

“There is a lot of euphoria and optimism about the initiatives with a little bit of skepticism among some. However, on the macro level, we are very-very bullish. We absolutely understand that large numbers of these opportunities are being driven by consumers’ demands. The govt.’s initiative may become facilitators for us in leveraging those opportunities. I reiterate that inflection point is here; it’s only a question about what the slope of that inflection would be.”

There are multi-billion opportunities within telecom. With the Govt.’s piloted NOFN, NFS, State Fiber Grid, and smart cities, over USD 8 billion will be spent. The private sector driven by data consumption will also deploy almost USD 2 billion in mobile backhaul strengthening, intra-city fiberisation, and FTTH.

“Within ‘Digital India’ program, which is an umbrella program, an investment worth USD 30 billion is planned for various projects including the one to create a national level broadband network,” said Mr. Anand Agarwal.

“Another macro project is about creating an across the country network for Indian Defense. That network has already started rolling out and Sterlite is one of the very active participant in creating physical layer, the application layer and the network layer.

“Moreover, for the first time, the Indian consumers have started demanding, with the advent of cheaper smart phones, high speed broadband. We are witnessing a tremendous growth in data percentage of smart phone internet usages. This data percentage in Q4 last year was 8-9 percent of revenues of telecom service providers, and in the current close quarter it was almost 15 percent. We believe this aspect of data driven growth is fueling a big amount of non-spectrum CAPEX.”

On the power side opportunities, the transmission sector growth is largely driven by the growth in generation capacity, increased residential demand, and, of course, the Govt.’s goal to provide 24×7 quality power to all.

“The transmission infrastructure would also get spurred by the Govt.’s goal towards creating 100 GW of solar based and renewable power in the next seven years. The maze of traditional fuel based plants and renewable power plants, which are smaller and more scattered, creates unprecedented opportunities for newer kinds of transmission overlay infrastructure which needs to get designed. It is no longer a vanilla solution or bulk solution which fits all.

“All transmission infrastructure projects to be created in the country would see increased private participation. This is a major policy change which the Govt. effected four years ago. Private participation will surely bring in huge amount of innovation.” 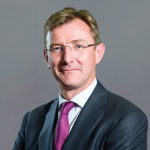 Infinera and Windstream Beam 800 Gigabits Per Second Through...