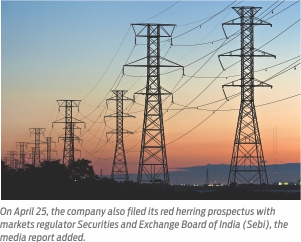 On April 25, IRB Infrastructure Developers Ltd said it would be launching a public offering for its InvIT on 3 May. IRB’s public offering will be the first such in the country. IRB plans to raise Rs. 5,035 crore. Sterlite is looking to raise around Rs. 2,650 crore through the share sale in India Grid. On the same day, the company also filed its red herring prospectus with markets regulator Securities and Exchange Board of India (Sebi), the media report added.