Becomes the first utility in the world to invent this technology. New technology uses vacuum pump and gas to remove the presence of heterogeneous fluid inside cable conductor and prevents failure.

In the utilities industry, every day a lot of new challenges arise, one of them is uninterrupted electricity supply to the beneficiaries which involves a crucial functional component that is cable wire. To maintain its performance periodic health check-up is a critical aspect which needs to be monitored closely.

No such technology is being used in India or globally yet to prevent series failure of cable conductor.

Technological innovation and improvements are cornerstones at Tata Power Delhi Distribution Limited. The company delivers quality and reliable power to its valuable consumers in the North and North-West Delhi. To meet the daily ferocious pressures and challenges in core processes of the operative mechanism, the organization after four years of testing has come up with Preventive Cable Healing through Vacuum and Gas.

Deterioration in XLPE (cross-linking polyethylene) cable insulation often takes place due to electrical, thermal, mechanical and environmental stress. Moisture ingress leads to water treeing, insulation or joint failure. During the analysis of cable failure from the year 2011 – 2013, it was being observed that there was a rising & alarming trend in cable fault.

Water trees have dendritic patterns which grow in hydrophobic polymers in the presence of AC electric field and water. This phenomenon is the main reason causing the aging of XLPE cables. It initiates at a point of electric stress and grows parallel to the electric field lines. The growth of a water tree causes reduction of the effective insulation thickness below the point that is required to withstand the electric stress after which, electrical tree causes the cable to fail. It is observed that the growth rate of wet trees increases with the conductivity of water. Moreover, water trees are not visible with a naked eye. It causes a significant reduction in the breakdown strength of an affected cable. The amount of water in water trees is higher than the amount of water in the unaffected surrounding insulation.

Normally, the expected life of cable as per regulatory is 25 years, but dieses in cables leads to failure of cables within a life span of 10 to 15 years. Sometimes, local heating causes insulation, degradation and shunt fault as well. Oxidation and failure of cable conductor occurs at multiple locations in the same cable and forces users to replace the whole cable circuit.

Hence, the daunting task of repairing of cable wire is taken up by the organization. For this, the proposed solution entails addition of the concept RLE (Residual Life Enhancement) in the traditional ‘Aging of Cable’ process of Run, Repair and Replace; the fresh process becomes – Run, Repair, RLE and Replace.

RLE as a concept consists of 5 steps to replace the aging cable:

The premise starts with cable selection which then is taken forward by the criteria that depends upon Prioritization Matrix and Visual Observation.

This is then followed by Diagnostic Testing which is done in two ways:

– Phase to Phase of the cable

– Phase to Earth of cable 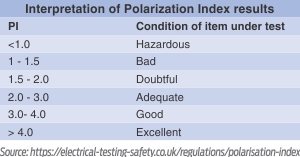 The next step involves Vacuuming. The key idea is to extract heterogeneous fluid (dirt) from the cable conductor to prevent premature failure. This is possible only with the help of vacuuming. With a pressure of about 0.2-0.6 bar, moisture is removed from the outer sheath of the cable and conductor, parallel to sealing the other end with silica gel container to prevent moist air entry.

The penultimate step includes Nitrogen Purging. It is an industry standard technique for the replacement of a hazardous or undesirable atmosphere with an inert dry atmosphere. The cleaning process is done at a pressure of 1.5 bar. It is mainly to prevent oxidation and to ensure the removal of residual moisture. The first stage starts with the insertion of infrared camera is used to study temperature variation in the conductor during the extraction of water from the conductor of XLPE cable core. At second stage, dry nitrogen is injected through the cable conductor from one end of the cable to dry-up the same completely.

Lastly for validating the aforementioned steps taken, diagnostic testing is repeated to give clarity on the success of the procedure undertaken.

Through the technology to extract heterogeneous fluid inside cable conductor, it was reported that cable life is enhanced by 15 to 18 Years. This has proved to be a big advantage because it is equivalent to annual potential savings of Rs. 500 crore. Interestingly, if this practice is scaled across all the power industries, it can result into a saving of whopping Rs. 5000 crore!

The solutions and innovations have been proposed and implemented by Mr. Nilesh Kane, Mr. Sanjay Atri, Mr. Sandip Pal and Mr. Anuj Kumar, Mr. Pankaj Patel. The project has also been recognized at several platforms including TATA Innovista which encourages and recognizes innovative efforts by TATA employees.

Meaning of “Measuring Rate”, “Averaging” and “Accuracy” When Investing in a Measuring Device