A pseudo-debate that stirs emotions: So-called experts are predicting the end of cables. They say data – and, one day, energy – will only be transmitted wirelessly in the factories of the future. That, of course, is nonsense. There is no rivalry between the two technologies. Both have their pros and cons. And both will see considerable growth over the next few years.

Sometimes people look at me with disbelief when I talk about the future of the cable market with optimism. Future Forums give the impression that the world of tomorrow will be totally different: air taxis to anywhere in the world, highly intelligent robots, regular transport services to Mars, and, above all, the world will be totally wireless. I think the last point is utter nonsense; I’m not going to say what I think about the rest. Many technologies are pure theory, will remain science fiction or are still in their infancy. There has always been a massive void between the headlines inspired by the dreams of futurologists and the advances in the technically feasible. Even if some still refuse to believe it, new technologies do not necessarily supersede old tried-and-tested solutions.

Cables are an old technology in that they have been around for more than 100 years. But they still meet technological needs; they are not outdated, much less obsolete. Wireless technology is newer, that much is true. But it is no replacement for the cable, as both technologies have differing strengths and are thus suitable for different applications. A newer technology is not necessarily the young gunslinger, who shoots down the ageing sheriff. The market economy is not the Wild West. At LAPP, we think both technologies offer great opportunities for growth and we offer both. However, we believe that the cable will be the preferred solution for the vast majority of applications, even far into the future. If you want to understand this, simply comparing technologies is not enough. The bigger picture and global megatrends need to be taken into consideration.

So what are the megatrends that play a role in the increase in the number of connections? One is the continuing unchecked global population growth and the desire for prosperity – also in developing and third-world countries. This translates into the increasing availability of electricity. The supply of electricity, modern domestic appliances, consumer devices and mobile telephony to large swathes of the global population not currently connected to the electricity grid or data network will require more connections.

It is unclear how the trend towards decentralizing the energy supply will impact the demand for electrical power cables. If power generation and consumption converge, perhaps because more homes obtain electricity from their own photovoltaic unit or a small cogeneration unit in the basement, distribution grids will shrink. On the other hand, people will be using more connections within their homes.

Another megatrend is digitalization, specifically the Internet of Things and Industry 4.0 and how they relate to connection systems. If everything – machines and sensors in factories, for example – is networked with other things and connected to the Internet, the number of connections increases exponentially. The enormous increase in connection routes will have an impact on the growth of wired and wireless solutions.

So what are the benefits of wireless? If mobility is important or components are difficult to physically access, wireless technologies have obvious benefits. In factories, for example, more and more driverless transport systems will be used, sensors will be omnipresent in huge plants and inaccessible places and there will be an increasing amount of movement on the whole. So the strong growth of wireless technologies will continue.

On the other hand, there are a few limitations to Wi-Fi and friends that are counter-intuitive to their use in many industrial applications. Latency – the delay between an action triggered at location A and its being performed at location B – always plays a role in the wireless transmission of data. This becomes relevant when coupling sensors and actuators in a production process, where it often comes down to the millisecond, if not the microsecond. If data does not arrive on time, this can be critical to safety. For example if somebody presses the emergency stop button, the machine must stop immediately. Wireless technologies are not yet able to guarantee this kind of real-time communication. The upcoming 5G standard promises 1ms latency but so far this has only been achieved in the lab. It remains to be seen whether it satisfies the industry’s high demands.

Another aspect to consider is interference resistance: Radio signals can disrupt susceptible electronics or even layer them with other signals. As a consequence, setting up a wireless network with sufficient coverage and interference resistance, for example in a factory with its numerous sources of disturbance, is often extremely costly. The issue of data security should also be taken into account. Nearby hackers can penetrate wireless networks and siphon off sensitive data. This could be critical to a business as they may receive trademarked information or be in a position to reveal the production processes. Data is the fuel of smart industry, and so it is important to safeguard it.

Electricity through the air

More and more often, the focus is shifting towards wireless transmission, not just of data, but of energy. Yet a few of the limitations are often overlooked. Inductive energy transmission makes financial and technical sense only over short distances, for example to charge electric toothbrushes or a smartphone. Electric vehicles can also be powered using inductive charging via magnetic coils in the ground. But this is not a flexible option: The device that needs charging must be positioned accurately in a very specific place. It is not currently economically or technically feasible to transmit power to devices that are not in the direct vicinity of an induction loop. In the industry in which car bodies are moved and welded, enormous currents flow to engines, welding equipment, lasers, etc. The wireless transmission of the high power needed here would involve high losses, so it is not financially viable. The issue of biocompatibility is also unclear at the moment: What would be the impacts of the strong electric fields generated through inductive power transmission on people and animals? You only need to remember the controversial discussions of the impacts of mobile phone radiation – and, in that case, we’re talking about the power of just a few watts – to get an idea of the pitfalls to come. Large-scale wireless power transmission, therefore, will long remain science fiction. Batteries are also not the answer. They are only suitable for low-power consumers and they need to be changed at regular intervals. Or they can be recharged, which requires a cable. Even with wireless charging, which, again, can only function at short distances, the electricity needs to find its way to the transmitter coil somehow.

Wireless technologies for data transmission have taken root in factories due to their benefits for mobile applications. They are seeing an annual growth rate of more than 30 percent, but their market share of just six percent is still very low. There are shifts in the “old” technologies, but growth remains constant. As such, industrial Ethernet has overtaken traditional field buses in factory automation. The Ethernet-based connections now have a market share of more than 50 percent, which currently represents an annual increase of 22 percent. The main drivers behind industrial Ethernet are the need for high performance, the integration of factory installations and IT/IoT systems and, in general, the Industrial Internet of Things.

The main reasons for this continued growth of old technologies are security and reliability. Cables have the edge here and are therefore far from becoming outdated. Stranded copper wires with a plastic outer sheath is an ingeniously simple and low-cost way to transmit data or electricity from A to B. Latency can be easily calculated using the natural constant of the speed of light. If the cable is shielded, it is also largely immune to external electromagnetic interference and will not disrupt other components.

There is no cut-throat competition between cables and wireless; both have their pros and cons and complement each other perfectly. A cable-free factory will still be a dream and a utopia for many years to come. Users will decide what is used, depending on their requirements. Connectivity solutions for highly complex, increasingly automated factory infrastructure are needed. Flexibility, security and performance are crucial here – and these aspects are only achieved through the best possible combination of different technologies. 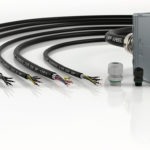 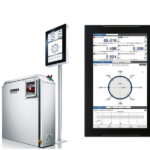