The company intends to establish 20,000 circuit kilometers of transmission lines by 2022.

Adani Transmission Ltd has received two Letters of Intent (LoI) to augment the country’s transmission network in the face of surging renewable additions.

Of this, around 11,347 circuit kilometers and 18,330 MVA is operational. This is inclusive of the benchmark distribution network catering to consumers in Mumbai. Focused on developing supporting infrastructure for renewable energy in the country, the company intends to establish 20,000 circuit kilometers of transmission lines by 2022.

Additionally, Adani Transmission has also received a LoI from REC Transmission Projects Company for a transmission project in Gujarat. The project will be established on a build, own, operate, and maintain basis for 35 years. The project consists of around 272 circuit kilometers of 765 kV line and 3,000 MVA transformation capacity. This project is being constructed to strengthen the transmission system for relieving overloads that have been identified in the Gujarat intra-state system due to renewable energy injection in Bhuj. 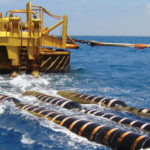 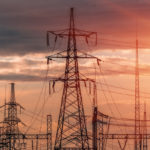