The Udupi Kasargode project would help in decongesting the transmission corridor to facilitate smoother power flow within the Southern Region.

Sterlite Power, India’s leading private power transmission player has received a letter of award for two key inter-state projects worth over INR 3000 crore for Udupi-Kasargode and WRSS 21 (Part B) involving lines and GIS substations. With these wins, Sterlite Power adds renewable transmission to its portfolio in India, and the company has already completed wind energy evacuation project in Brazil earlier this year.

The Udupi-Kasargode project is required to decongest the ISTS transmission corridor and to facilitate smoother power flow within the Southern Region States of Karnataka to Kerala. The GEC project of Lakadia-Vadodara (WRSS 21 – Part B) located in Gujarat, on the other hand will help connect the wind energy zones of Bhuj region to the load centers of Gujarat and Maharashtra. This project involves 765 KV lines and GIS substations and will be completed within an aggressive timeframe of 18 months, first of its kind in the country, and aligned with the Government’s target of installing 175 GW by 2022 under the National Renewable Energy Mission.

Commenting on the development, Mr. Pratik Agarwal, Group CEO, Sterlite Power said, “It is a matter of great pride to win two new prestigious projects designed to solve critical challenges of energy delivery for our country. These projects awarded through competitive bidding have secured much lower tariff than the cost-plus tariff estimate and thus play a crucial role in enabling access to affordable power envisioned by the Government.”

The Udupi project consists of 400 KV Transmission Line (120 km) from Udupi in Karnataka to Kasaragode in Kerala along with a 400 KV GIS Substation. The scheme is designed to improve reliability of power supply and stability in Kerala and relieving congestion in the southern region transmission corridor. The project involves solving complex Right of Way (RoW) challenges in the Kerala portion of the line. The second project (WRSS-21 Part B) comprises of laying 325 km of 765 KV transmission line from 765/400 KV Lakadia Substation to Vadodara in Gujarat. With these projects, Sterlite Power has increased its footprint of inter-state transmission projects across 22 states.

The Renewable (RE) developers have been facing considerable constraints in evacuating power from their upcoming RE projects in the resource intensive zones of Gujarat and Rajasthan. The Government therefore approved transmission projects worth INR 9,000 crore in nine packages under Tariff-Based Competitive-Bidding (TBCB) to be completed in 18 months to match the schedule of RE projects. The TBCB mechanism ensures timely project delivery at a pre-determined tariff transparently discovered through a competitive mechanism. 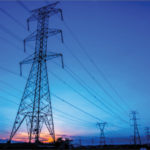 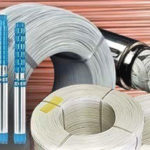