Power Grid, as a CTU, is responsible for the wheeling of power generated by power producers and involved in planning transmission systems and operations.

In a landmark decision, the Centre has decided to hive off the Central Transmission Utility (CTU) function of state-owned Power Grid Corporation of India (PGCIL).

Pending since 2015, this move has been taken to avoid conflict of interest while awarding power transmission projects.

As a CTU, Power Grid is responsible for wheeling of power generated by producers and involved in planning transmission systems and operations. It also has an additional role of collecting tariff from power generators and state electricity boards using the transmission infrastructure. The CTU retains its share and then distributes the remaining to other private licensees.

As PGCIL is also a power transmission construction company, it participates in tenders for competitive bidding for projects, alongside private players. This conflict of interest in PGCIL as both planner and participant in transmission projects has faced repeated criticism from the industry.

In a letter to the chairman and managing director of PGCIL, the ministry of power has directed it to make CTU a 100 per cent subsidiary with separate accounting, board structure and carry out its statutory functions.

“The aforesaid 100 per cent subsidiary company would be separated into a new CTU Limited, a wholly-owned government of India company within six months or till completion of formalities for creation of new CTU Limited,” said the letter by power ministry. Business Standard has reviewed the letter.

It further said creation of a revenue stream of the new CTU will be formalised by the Central Electricity Regulatory Commission (CERC). Till then, Power Grid will manage the revenue of CTU.

This follows hiving off the grid management function from Power Grid and creation of a separate company — Power Systems Operation Corporation (POSOCO) in 2014.

PGCIL owns and operates close to 95 per cent of the Indian power transmission network. 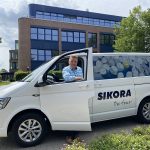