The acquisition is also expected to bring in huge opportunity for steel bead wire manufacturers.

Hero Cycles may well be looking to scoop up the struggling operations of Atlas Cycles.

Atlas Cycles, one of the country’s oldest cycle brands, had recently shut its last manufacturing unit in the country, citing lack of funds. The situation may soon change with Hero Cycles, run by the Munjal family, developing interest in the business. Mr. Pankaj Munjal, Chairman of Hero Cycles – the country’s biggest cycle company that has a 43% market share – has initiated talks with promoters of the Atlas brand after the latter stopped production.

As reported in a leading daily, “Hero is aggressively looking at buying brands globally, and we are a zero net-debt company with cash reserves of over Rs 1,000 crore. If anyone wants to sell, we are open… We need to buy brands.” Asked about Atlas, Mr. Munjal said, “We are looking at it. Nothing concrete has been firmed up as yet.”

Atlas, which started making losses since 2014, had shut its Sahibabad factory on June 3, which ironically also happened to be the World Bicycle Day. The plant had started in 1989, and it was the last operational plant of Atlas Cycle with a monthly production of over two lakh bicycles.

Acquisitions are not new for Hero Cycles, that had purchased the business of FireFox Bikes in India in 2015 for an undisclosed amount in an all-cash deal. In 2016, it had also purchased 60% equity in Sri Lanka’s bicycle manufacturer BSH Ventures, within months of acquiring a stake in UK-based Avocet Sports.

In January this year, the company had acquired stake in German premium e-bike maker HNF Nicolai as part of its move to have a greater say in global cycle markets.

Mr. Munjal said Hero is witnessing a strong traction in the domestic market despite the tough economic situation. “We are looking at a surge in commuter cycling category in states such as Bihar and Odisha where the migrant labor is returning. The demand remains highly robust for cycles meant for children or for lifestyle as many people are purchasing them.”

The company has a global production capacity of six million bicycles (nearly 5 million in India), which it is expanding to 10 million by the first quarter of next year by fresh investments of around Rs 400 crore. Mr. Munjal said he expects business to grow internationally as there can be a backlash against Chinese companies globally after coronavirus outbreak. “People all over world are looking to de-risk from China. They want another manufacturing source and hub. Hero can fit in there, and thus we are expanding.” 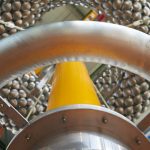 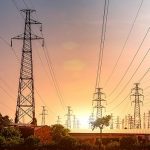