Government sources in the know said that the Power Ministry of India has proposed a set of changes in the regulations for import of power equipment that is likely to be accepted and implemented by the government after further deliberations by the Commerce and Finance Ministries.

As reported in a leading daily, the government is proposing various tariff and non-tariff barriers to restrict imports in the sensitive and strategically important power sector where there is large scale presence of overseas equipment, particularly from countries such as China.

Among the proposals, the Power Ministry has suggested stringent quality standards for imports of all kinds of power equipment will be fixed and sub-standard products would be rejected outright with the supplier being blacklisted. Goods so imported shall be tested in Indian laboratories for adhering to Indian standards and checks would also to detect the presence of malware that has the potential to jeopardize security of critical infrastructure installations of the country.

In the power sector, there is also a plan to put another layer of checks at the ministry level that will first clear all import proposals. So, equipment/items required to be imported from prior reference countries will be done only after obtaining prior approval of the Ministries of Power and of New and Renewable Energy.

Moreover, the practice of issuing concessional custom certificates for certain import items in the renewable sector will be discontinued from a date that will be specified separately. This is likely to spur importers to look within the country for equipment, a move that will help governments objective of Aatma Nirbhar Bharat.

Public sector financiers Power Finance Corporation (PFC), Rural Electrification Corporation and the Indian Renewable Energy Development Agency (IREDA) have also been asked to structure their financing in such a manner that lower rates of interest is charged on the developers who will use domestically manufactured equipments.

While the government has earlier put some restrictions on investment from neighbouring countries including China, the added dimension of confrontation between the armies of the two countries have fast tracked the proposals to bring in more restriction of imports where sufficient domestic capabilities are existing.

At a meeting with developers of generation and transmission projects in Power and Renewable Energy sector, Minister R.K. Singh also made them take a pledge not to import any equipment/materials/goods in respect of which there is sufficient domestic capacity.

Also, in respect of goods and services wherein domestic capacity is not available and that import is inevitable, he asked the developers that such imports should be allowed only for a fixed timeframe of 2-3 years during which indigenous manufacturing of these items would be developed. On its part, he said, the government will come out with enabling policy and set of incentives so that in the next 2-3 years all these items get domestically manufactured.

Singh also pointed out that from the data on item-wise quantum of imports in power sector given by DGCI (Directorate General of Commercial Intelligence), Department of Commerce, it is seen that equipment like transmission line towers, conductors, industrial electronics, capacitors, transformers, cables and insulators and fittings etc. in respect of which domestic manufacturing capacity exists, are still being imported.

He said that for promoting Make in India and reducing import dependency, it is essential that developers in the transmission, thermal, hydro, distribution, renewables need to join the national campaign of ”Aatma Nirbhar Bharat” and wholeheartedly adopt the ”Make in India” policy. 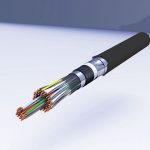 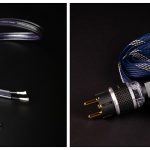