In an article in Electrical India, water tree retardant crosslinked polyethylene insulation (TR-XLPE) systems were shown to provide benefits over XLPE insulations for “wet-designs” with projected longer life that allows for cost-effective means to improve system reliability [5]. Since its introduction in 1983, Dow Electrical & Telecommunications’ patented TR-XLPE has replaced conventional XLPE to become the predominant medium voltage (MV) insulation for primary distribution cables in the U.S. and Canada. This insulation is also widely used in many countries in Europe as well as other developed and developing regions. This system has been globally proven and in use for more than 30 years.

Based on industry experience, the expected life of primary cable systems with Dow TR-XLPE is at least 40 years, thus ensuring significant value to the utility in enhanced reliability and lower life cycle costs related to avoiding repair and replacement costs. With the trend moving towards TR-XLPE, the focus of the latest developments for MV cable insulations has been primarily on TR-XLPE materials. In 2010, Dow Electrical & Telecommunications launched the latest generation of TR-XLPE insulation, DOW ENDURANCE™ HFDC-4202 (C4202) with full scale qualifications tests completed and some customers fully converted production over to this product.

Utilities, cable makers and industry experts generally agree that the results of MV qualification tests are good indicators of acceptable performance, while more severe aging may be necessary to more clearly probe the aspects of lifetime. The qualification of MV cable is possibly unique inasmuch as following an extended wet aging protocol, such as CENELEC or AWTT testing, the cables are electrically broken down and their retained electrical strength measured. Such qualification tests can be used to differentiate poor performing materials from those with superior performance.

This article demonstrates the importance of TR-XLPE cable performance differentiation and the value-added attributes for utilities in terms of ‘total owning costs’ through the life of distribution cable systems. Data from laboratory development to commercialisation of the enhanced water tree retardant insulation C4202 are used to illustrate the benefits of TR-XLPE over XLPE insulations.

Water tree growth rate testing was conducted according to ASTM D6097-01a for “Relative Resistance to Vented Water Tree Growth in Solid Dielectric Insulating Materials.” Samples of the insulation compound were moulded and crosslinked into 2” diameter disks with a moulded-in defect produced by a conical needle with a precise tip radius (3 μm). The samples were then aged in U-tubes filled with a 0.01 molar NaCl solution. The samples were aged for 30 days under a constant AC voltage of 5 kV at 1 kHz.

Acceleration of cable aging can be achieved by imparting higher electrical stress, high temperature and the presence of a wet environment as accelerating aging factors. Several aging times are generally required and provide a means to monitor the deterioration of electrical breakdown strength as a function of aging time. In the Americas and in parts of Asia, a 1-year AWTT according to ICEA S-694-94 is utilised as a part of the qualification process and in Europe, the 2-year CENELEC HD 605 aging protocol has been adopted more broadly. Two of the accelerated tests presented here are the AEIC Accelerated Water Tree Test (AWTT) [6] and the Accelerated Cable Life Test (ACLT) [7].

In AWTT, twelve samples of 1/0 15 kV cable core (no jacket) with 4.4 mm (175 mil) insulation wall thickness are aged in PVC conduits. The specimens are subjected to a 60 Hz test voltage. A 14-day preconditioning was conducted to ensure that the test is not influenced by the presence of volatile byproducts from the crosslinking reaction. The first three samples are tested for AC breakdown (ACBD) after the initial preconditioning. The other nine samples are then tested for a year under ‘wet’ conditions. A total of nine samples are aged for up to one year with three samples each removed after 120, 180 and 360 days and tested for ACBD. The requirements are 26, 22.8 and 15 kV/mm respectively for three aging times

The ACLT evaluates comparative life of combinations of insulating and semi-conductive shielding material designs of 15 kV cable specimens in water-filled tanks. Completion of the ACLT is defined as failure of all of the test specimens. The test was performed on 1/0 15kV cable core with 4.4 mm (175 mil) insulation wall thickness. A continuously applied test voltage of 4Vg (4 times rated voltage to ground of a cable rated for a 15 kV phase-to-phase voltage) and current loading to achieve a conductor temperature of 90OC in air under the stress cone was utilised until all test specimens failed. Time-to-failure statistical analysis is commonly achieved through fitting the population of failure data to a Weibull (or log-normal) failure distribution function. The Weibull plot compares the cumulative failure distribution versus time-to-failure on a special coordinate system which will yield a straight line that is characterised by two parameters: “Eta” (the characteristic time, where 63.2 per cent of the population has failed) and “Beta” (the slope or shape factor) is associated with the mode of failure or failure mechanism.

Research during the development of C4202, an enhanced next generation TR-XLPE, involved studying the influence of the material composition on its resistance to growing water trees and electrical breakdown strength over different timescales. Data were benchmarked against conventional XLPE and the existing generation TR-XLPE.

Utilising the water tree growth rate test, water trees were grown and measured from a point defect moulded into the insulation material test sample. As depicted in Figure 1, water trees formed during this test are significantly smaller with the new enhanced insulation, approximately 50 per cent shorter than the incumbent insulation grade. As shown in Figure 2, the enhanced TR-XLPE grows smaller and more constrained water trees compared to conventional XLPE and TR-XLPE.

Short-term laboratory scale tests such as water tree growth rate and AC breakdown are convenient tools for quickly screening multiple material formulations for performance. Such tests have been shown to relate with cable performance [8].

The average high-voltage AC breakdown strength results are shown in Figure 3 and compared to typical values for B4202 (the previous generation material) and XLPE insulation. The enhanced TR-XLPE material offers retained wet-aged electrical strength at the end of testing of over 34 kV/mm (800 V/mil) average: this easily surpasses the AWTT industry requirement of 15 kV/mm (380 V/mil), at the end of one year. The breakdown strength of the C4202 TR-XLPE has increased by 54 per cent over XLPE after 360 days of wet aging. A test programme was also conducted by the Wuhan High Voltage Research Institute in 2004, which showed that TR-XLPE outperformed a classic XLPE, very similar results to those in Figure 3, as well as a poor XLPE insulation that did not survive aging past 120 days [5].

There is a significant increase in retained breakdown strength for TR-XLPE over XLPE. It is generally considered that under service conditions XLPE cables that do not employ a radial water barrier (so called “wet design”) will likely last 25 years, whereas those using water tree retardant insulation will survive in excess of 40 years [10,11]. This is corroborated by very few reported failures due to insulation degradation in cables made with TR-XLPE in close to 30 years of service operation [11]. The higher retained breakdown strength following AWTT testing of cables made with water tree retardant insulation compared to conventional XLPE is generally seen as an indication of the superior life expectancy (40 versus 25 years) for this insulation. As such, an improvement in retained breakdown strength following AWTT testing for TR-XLPE would be expected to have a positive impact on service life.

The results in Figure 4 show time-to-failure data in the ACLT test for cables manufactured with different insulation materials and semicons with conventional furnace carbon black. The enhanced TR-XLPE shows a characteristic time-to-failure more than double the existing grade TR-XLPE and more than 5 times that of XLPE. To date, cables made from the commercially available C4202 in Figure 4 have only shown one failure after 1005 days; as such a Weibayes analysis [12] has been used based upon first failure value with an extrapolation to predict the characteristic lifetime and the beta shape parameter assumed similar to that of TR-XLPE materials; and will thus be a “worst case” estimate (dashed red bar) of a 1- parameter Weibull distribution. Applying this method an estimated characteristic time-to-failure close to 2,050 days is achieved. This is a five-fold increase in life compared to the XLPE insulation.

Table 1 summarises the results of the laboratory scale tests and full cable tests comparing the change in performance for the new enhanced TR-XLPE versus XLPE. From the perspective of a cable owner/operator the results in Table 1 are highly positive. The laboratory test results translate to improved retained electrical breakdown strength following wet aging of full scale cables. It has been shown that this small change leads to a large increase in the time-to-failure and characteristic life time; a worst case increase of five times the results for the XLPE insulation has been achieved in the ACLT test.

These data suggest that the ACLT protocol gives a meaningful indication of cable life and combined with the one- or two-year qualification test (AWTT or CENELEC) shows the benefits of TR-XLPE over XLPE in terms of expected reliability. The AWTT (or European equivalent CENELEC) and ACLT measure different aspects of cable aging, but together prove that quality materials made to meet or exceed industry standards, and that have been tested to demonstrate and predict long-term performance, will provide the best reliability with the fewest failures over the life of the power system. It is also important to note that the performance of a cable is determined by the combination of insulation, semicons and quality of manufacture. A longer cable life leads to lower life cycle costs [13] for the asset owner.

The development of an enhanced MV cable insulation, from laboratory to commercial deployment, has been reviewed. It has been shown that TR-XLPE insulations outperform XLPE in direct buried or “wet-designs”. Enhancements in water-treeing behaviour and breakdown strength led to TR-XLPE having improved breakdown strength after aging in qualification tests. The enhanced TR-XLPE also showed a characteristic time-to-failure more than double the existing grade TR-XLPE and more than five times that of XLPE in the ACLT test. Longer life TR-XLPE systems allow for cost-effective means to improve system reliability. Based on industry experience, the expected life of primary cable systems with Dow TR-XLPE is at least 40 years, thus ensuring significant value to the utility in enhanced reliability and lower life cycle costs. The enhanced performance TR-XLPE insulated cables meet the predominant global ‘accelerated wet aging’ standards such as ANSI/ICEA S-94-649-2004, AEIC CS8-07 and CENELEC.

With the growing need for reliable electric power distribution and increasing use of underground cables, Indian utilities will be well served to adopt this enhanced performance TR-XLPE system that has a proven track record of over 30 years. n

This article has been written by
Paul Brigandi and Milind Chavan. 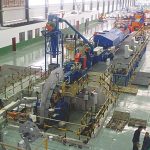 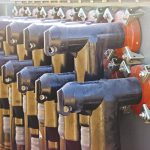