Telstra has announced a fiber overland route between Taiwan and Hong Kong and a fiber ring network in South Korea. Additionally, the company will be laying a submarine cable connecting its networks in Asia to India and spreading to the Middle East. Circumventing the natural disaster-prone Luzon Strait region, the new overland fiber network connected to Telstra’s submarine cables will result in lower risk of disruption.

Connecting Singapore, India, Malaysia, Oman, Sri Lanka, and the United Arab Emirates, the new Bay of Bengal Gateway (BBG) submarine cable system, will be around 8,000km long and will be made up of made up of three fiber pairs. It will offer highly upgradable facilities designed by adopting the state-of-the-art 100Gbps technology, to provide fast access to clients.

Moreover, Telstra has obtained capacity for the trans-pacific “FASTER”, a 10,000km subsea cable system connecting Japan with the United States. It consists of six fiber pairs manufactured by using of 10Gbps wave technology. 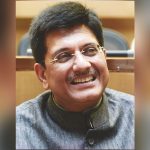