Leading global vendors including ABB, GE/Alstom, S&C, Schneider Electric and Siemens will compete with each other as well as a number of local and regional players.

Electric utilities across the globe will invest around $3.2 trillion in the development of transmission and distribution (T&D) infrastructure. Growing electricity demand, aging assets and new power generation projects will further increase the necessity of this investment. Seeking to meet the high electricity demand whilst modernizing the grids, some of the major investments will take place in India and China. 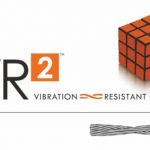 Bekaert: Transformation Driven by the Megatrends