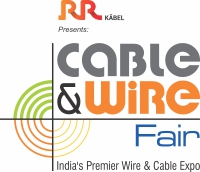 Cable & Wire Fair 2017, Pragati Maidan, New Delhi, India has been able to receive exceptional recognition of the global wire and cable industry mostly because of providing a precise platform for product showcasing, technology exchange, and knowledge sharing, which the industry much needed and no show has been so far able to provide under one ceiling. The huge success in very first edition and a humungous response for the second one, i.e. 2017 edition, amply proves the point, and which only is possible when a celebrated knowledge partner of the industry gears up to organize such a show as it has long known the industry preferences and its needs.

CWF which is now having participants from over 18 countries has been able to see an exceptional growth in both exhibit area (almost thrice) and participants (more than double) also because the wire and cable industry is to register boosting growth figures in the next five years. Taking cue from predictions and studies of Wire & Cable India magazine, CWF foresees the Indian wire and cable industry tapping sterling growth figures in 2017-22 because of very encouraging data in major sectors like Power, Telecommuni-cation, Infrastructure, automotive, and railways. These sectors have always shaped the fortunes of the wire and cable industry, and will definitely continue doing so. The following major figures highlight the growth of these segments:

Telecommunication: India is expected to have over 180 million smartphones by 2019, contributing around 13.5 per cent to the global smartphone market. The allocation for BharatNet Project has been increased to Rs.10,000 crore for 2017-18. So far, 155,000 km of OFC has been laid under BharatNet Project.

Automotive Industry: The Indian auto industry is one of the largest in the world. The industry accounts for 7.1 per cent of the country’s Gross Domestic Product (GDP)

Railways: 8 percent increase in the railways expenditure to Rs. 1,31,000 Crore for laying down 3,500 km of railway lines in FY 2017-18. The Govt. to spend Rs. 850,000 crore in the next five years to modernize Indian Railways. The Cabinet cleared the Rs. 82,000 crore (USD 12.3 billion) dedicated freight corridor for decongesting existing network.

Renewable Energy: Around 293 global and domestic companies have committed to generate 266 GW of solar, wind, mini-hydel and biomass-based power in India over the next 5–10 years.

The Indian power sector has an investment potential of Rs 15 trillion (USD 223.67 billion) in the next 4–5 years, thereby providing immense opportunities in power generation, distribution, transmission, and equipment. Between April 2000 and March 2016, the industry attracted USD 10.48 billion in Foreign Direct Investment (FDI). The Ministry of Power has set a target of 1,229.4 billion units (BU) of electricity to be generated in the FY 17-18, which is 70 BUs higher than FY 16-17 achievement. Around 293 global and domestic companies have committed to generate 266 GW of solar, wind, mini-hydel and biomass-based power in India over the next 5–10 years. The initiative would entail an investment of about USD 310–350 billion.

Besides, on power transmission front, as on March 31, 2016, PGCIL owns & operates a transmission network of about 1,29,354 ckm of Inter-state transmission lines, 207 nos. of EHVAC & HVDC sub-stations with transmission capacity of about 2,54,848 MVA. Under the Twelfth Five Year Plan (FY 12-17) which has laid special emphasis on development of the infrastructure sector including energy, PGCIL has already made a Capital Expenditure of Rs 88,235 crore ( USD 13.38 billion) against the Capital Expenditure plan of Rs 1,10,000 crore (USD 16.68 billion).

Moreover, the total inter-regional capacity addition planned in the 13th FYP (2017-2022) is 47,500 MW, to increase the present interregional capacity of 63,650 MW (as on November 2016) to 118,050 MW by 2021-22. This is to be done through several Interregional corridors and system strengthening projects. In order to provide a boost to the power sector, the Government also has set a target of electrifying 18,452 villages by May 2018 under ‘Deendayal Upadhyaya Gram Jyoti Yojana (DDUGJY)’.

India needs Rs 31 trillion (USD 454.83 billion) to be spent on infrastructure development over the next five years, with 70 per cent of funds needed for power, roads and urban infrastructure segments. Foreign Direct Investment (FDI) received in construction development sector from April 2000 to March 2016 stood at USD 24.19 billion, according to the Department of Industrial Policy and Promotion (DIPP).

Infrastructure sector is a key driver for the Indian economy. The sector is highly responsible for propelling India’s overall development and enjoys intense focus from Government for initiating policies that would ensure time-bound creation of world class infrastructure in the country.

To be the Largest Telecommunication Market

According to a report by leading research firm Market Research Store, the Indian telecommunication services market will likely grow by 10.3 per cent year-on-year to reach USD 103.9 billion by 2020. With daily increasing subscriber base, there have been a lot of investments and developments in the sector. The industry has attracted FDI worth USD 18.38 billion during the period April 2000 to March 2016, according to the data released by Department of Industrial Policy and Promotion (DIPP). India will emerge as a leading player in the virtual world by having 700 million internet users of the 4.7 billion global users by 2025, as per a Microsoft report.

India is currently the second-largest telecommunication market and has the third highest number of internet users in the world. India’s telephone subscriber base expanded at a CAGR of 19.96 per cent, reaching 1058.86 million during FY07–16. Moreover, India is expected to have over 180 million smartphones by 2019, contributing around 13.5 per cent to the global smartphone market, based on rising affordability and better availability of data services among other factors. All these developments seek tremendous growth in optical fiber cable (OFC) network, an appealing prospect for the Indian wire and cable market.

Automotive and Other Growing Segments

The Indian auto industry is one of the largest in the world. The industry accounts for 7.1 per cent of the country’s Gross Domestic Product (GDP). India is also a prominent auto exporter and has strong export growth expectations for the near future. In April-March 2016, overall automobile exports grew by 1.91 per cent.

The electrical machinery sector consists of generation, transmission and distribution machinery. The transmission and distribution market expanded at a compound annual growth rate (CAGR) of 6.7 per cent over FY07-13. Boilers (16 per cent), cables (15 per cent) and transmission lines and conductors (12 per cent) account for a large chunk of the revenue. The generation equipment market is expected to expand at a CAGR of 12.7 per cent over FY12–22. The exports of electrical machinery rose to US$ 3.9 billion in FY14 from USD 3.4 billion in FY12. Boilers & parts and electrical wires and cables were the primary drivers of the increase in exports.

Amid all these growth prospects, CWF17 is committed to provide the most apt platform for business networking and information sharing among various participants in the growth of the wire and cable industry. CWF15, the first edition, through its exhibition and conference stages, has already created a positive and forward looking mood in the industry and CWF17 will go many steps further to ensure a gratifying outcome for all who participate.

(The data has been sourced from various credible
agencies like IBEF, Ministry of Power, MOTE et al). 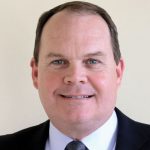 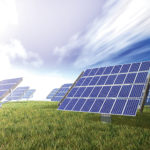 Total Strengthens its Presence in the Industrial Lubricants Market

NKT Invests in Power Cable Transportation and Logistics to...