The SIKORA’s Purity Scanner Advanced is a unique system for 100 percent online inspection and automatic sorting of plastic pellets.

Black specks and color deviations often lead to increased scrap rates in the production of plastic injection molded parts, but also in the manufacture of profiles, cables and pipes. The same applies to metal inclusions in the pellets, which leave traces in the end product and the processing machines and cause costs. As far as black specks are concerned, this type of material contamination is often caused by thermal overload, whereas metallic contamination often originates in the cutting tools of the pelletizing plants.

The cause is often sought in the machines and processes, while the raw material is rarely included in the analyses. Risks resulting from contamination are breakdowns in high voltage cables and damage to the mold in injection molding systems. In this respect, a continuous quality control in the production process that fulfills a 100 % control of the amount of pellets to be processed is essential. SIKORA AG has developed a special online inspection and sorting system that combines X-ray with optical technologies and, therefore, automatically detects and separates color deviations and metal inclusions down to a size of 50 μm. By using the system, repairs and follow-up costs can be avoided and costs for machines and personnel as well as down times and scrap can be significantly reduced.

Smallest process variations in compounding plants can already cause changes in the technical and optical characteristics of the pellets and the future product. Thermal and mechanic overloads of the polymer, contamination caused by the production environment or a work overload of the staff can result unnoticed in contaminated pellets in the form of black specks, yellowing, burns, metal, dust etc.

During pellets sampling, which is a common method for the industry, contamination often remain undetected because the sample amount in relation to the delivered quantity and to the actual amount of contamination is too low. Furthermore, contamination can occur pooled in one or several bundles and also homogeneously spread over many bundles. Therefore, the taken samples are mostly used for simple offline incoming goods inspection.

In the past, plastics with optical defects or contamination were often sold with discounts to compounders or processors. The goods were modified or processed into other compounds with lower dosage. Alternatively, they were processed into products with non or only small optical demands. Charges with metallic contamination were demetallized by means of inductive metal separators and reapplied for a new purpose. While first optical sorting systems were primarily designed and used in Europe in case of an emergency scenario at the manufacturers, a service sector in the area sorting has been developed since the 2000s. The pellets to be sorted are transported to the service provider in their target packaging, where they are optically sorted, newly packed in original bundles and picked up again from the manufacturer a few days later.

This procedure is inconceivable for manufacturers of high quality and extremely pure raw material such as polyethylene for cable applications. The quality demands in the area of e+e (electric + electronic), in medical or aerospace are that high that any risk of foreign contamination must be eliminated in order to avoid image and consequential damages in the millions. In addition, for mass production of plastics with very high quality demands and for compounders of technical raw material, a 100 % online inspection with automatic sorting is required.

The online inspection and sorting system developed by SIKORA AG does not only use optical technologies, but also combines those optionally with an X-ray camera. Therefore, even the smallest, in raw material included metal particles can be detected by the system. Furthermore, black specks and color deviations are detected by the optical cameras. Faulty pellets are separated immediately after detection via compressed air.

The integrated software provides the operator with a statistical evaluation with information about the size, area and number of the detected contaminants during production. In addition, impurities are saved in an image gallery. The image information often gives a conclusion about the reason for contamination and support the operator in the optimization of the production processes. The recorded data is permanently retrievable and can be separately evaluated at any time.

The relevant size for the detection of pellet defects required by manufacturers and compounders has been approx. 100 μm since the 1990s. Due to further technical developments, resolutions from 35 µm or even lower have been possible for some years now. A high resolution, however, is not a guarantee for the elimination of black specks, color deviations and metal inclusions. A safe subsequent sorting process firstly requires a high detection probability. SIKORA AG offers this as a unique feature by using up to four optical cameras and an X-ray unit. Depending on the expected contamination and application, the system is configured before dispatch according to the requirements of the operator. It detects and sorts out contamination down to a size of 50 µm.

Benefits of optical separation and demetallization

With the described system, manufacturers and processors of plastic pellets can test the produced or purchased goods to 100 % and separate optical defects as well as metal inclusions. The arising benefits lead to a reduction of:

Consequently, the delivery capability can not only be obtained, but can also be improved because unpredictable risks due to metallic contamination or no longer melting polymer burns can be eliminated. This is an important aspect especially for safety relevant products in the medical, aerospace and automotive area in order to prevent product failure. Furthermore, for the e+e section, it can be pointed out that with the reduction of black specks also a reduction of breakdowns can be achieved. Therefore, black specks are not only responsible for visual defects, but often also for functional defects.

Only if flawless raw materials are being processed, common subsequent defects in subsequent processes can be reduced or avoided. Consequently, the highest possible cleanliness of plastic pellets is of significant importance for compounders and processors alike. It is the prerequisite to avoid waste and to protect natural and economic resources as well as the environment. Simultaneously, the quality can be significantly improved for processors and finally the consumers.

In this respect and due to the continuously increasing quality requirements of the plastic processors, the demand for online inspection and sorting systems will further grow. New tooling technologies as well as ever decreasing cross sections in the hot channel and distribution system set higher criteria regarding the raw material to be processed. These requirements can only be fulfilled by future oriented technologies such as the system developed by SIKORA AG. By means of optical cameras and X-ray technology, the system detects online and automatically sorts out black specks, color deviations and metallic contamination down to a size of 50 µm, and thus guarantees so far unmatched quality. 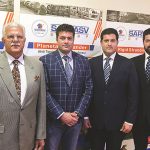 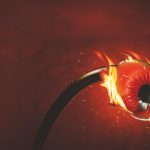 The Wire and Cable Industry: Fighting the Fire