The government is considering imposing a remedial duty on the import of “single-mode optical fibre” after an investigation by the Directorate General of Trade Remedies (DGTR) confirmed its dumping mainly from China.

As reported in a leading daily, India has found large-scale dumping of optical fibre from China, days after Beijing extended an anti-dumping duty on the import of Indian-made fibre for five years, which could trigger a similar tariff measure by New Delhi against the Chinese product in the local market.

The government is considering imposing a remedial duty on the import of “single-mode optical fibre” after an investigation by the Directorate General of Trade Remedies (DGTR) confirmed its dumping mainly from China, the officials said, requesting anonymity. The DGTR is a single-window agency tasked with providing a level-playing field to the domestic industry against unfair trade practices by countries like China.

After a detailed investigation, DGTR on concluded that import of single-mode optical fibre at below cost is threatening to cause “serious injury” to Indian manufacturers and recommended imposition of a 10% safeguard duty on its import from all countries except developing nations, barring China, the officials said. The government had already raised basic customs duty (BCD) on it by 5% in July 2019.

According to the media reports, the finance ministry is expected to take a final decision on the matter soon. Single-mode optical fibre is used in manufacturing optical fibre cables used in telecommunication operations such as community access televisions (CATV).

The DGTR’s recommendation came close on the heels of Chinese commerce ministry’s punitive tariff on the same product imported from India for five years, effective from August 14. HT reported the measure on August 13.

According to the reports, China is resorting to tariff barriers because its companies are suffering from overcapacity, and also diverting its exports to the Indian market in the face of a global boycott of the Chinese products. Based on complaints by the domestic optic fibre industry, DGTR had initiated the investigation on Chinese dumping on September 23 last year. It had issued a primary finding on November 6 last year, but its recommendations could not be implemented at that time. 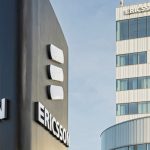 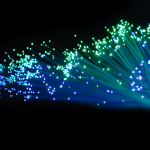 All Villages to be Connected With Optical Fibre in...