India, being one of the fastest-growing economies in the world is also witness to an immense change in infrastructure with more and more advanced vertical building concepts and newer technologies. The evolving infrastructural and technological growth is powered by electricity, because of which the quality of wires and cables attains prime importance. Owing to that, the wire and cable industry is at an inflection point today. Driven largely by environmental issues and safety concerns, there is a gradual shift seen from wiring that contains normal PVC insulation or sheathing materials to HRFR, FRLS-H or Halogen-free flame retardant (HFFR) compounds. Commercial establishments such as hotels, hospitals, malls and luxury housing developers are increasingly expected to install FRLS-H or HFFR (Halogen-free flame retardant) cables now. Although the downside is the lack of awareness amongst many contractors or builders around the implications of PVC infused cables. This is even after the Indian electric experts recommending that Normal PVC infused wires are not safe and sustainable to use. There is a need to aggressively educate the ecosystem on HFFR as a better solution not just from an environmental but also an electrical safety point of view.

Wires and cables are often given little to no attention after installation and are only revisited when they need to be replaced or repaired. Hence, the choice of quality of wire installed becomes imperative to mitigate long term issues. In 2019, 90% of fire accidents were caused by electricity. An electrical short circuit is the most common cause of accidental fires in residential and commercial buildings resulting in a major loss of property and life. Nearly 13 percent of accidental fires that take place are due to the short circuit and poor wiring, out of which two-third of deaths happen due to inhaling of toxic gases. Moreover, fire mishaps caused by short circuits are attributed to the usage of low-quality insulation material, which is not flame retardant. It is noteworthy that most of the buildings use wires which are PVC cables, containing chlorine which makes the buildings more susceptible to fire outbreaks.

Burns and smoke remain the two major factors affecting people in an electrical fire situation brought about by PVC wires. PVC cables release hazardous combustion gases and smoke that are harmful to people and equipment. Breathing in hot combustion gases acutely and permanently harms the alveolar in the lungs. Inhaling toxic smoke and gas numbs the brain’s activity, causes irritation, impairs vision, and prevents a person from locating a safe exit, thus, creating panic during emergencies. PVC is also linked in numerous ways with the formation and release of dioxin, causing cancer in humans, as per the World Health Organization. In most cases of electrical fires, it is clear that if polyvinyl chloride had not been present, the fires either would not have started, would not have emitted life-threatening gases and chemicals, or would not have spread at such a rapid rate. During construction, safe cabling options such as HFFR should be actively considered as it can be a panacea for fire breakouts.

Halogen-free flame retardant (HFFR) insulated wires, also approved by the Bureau of Indian Standards (BIS), do not emit hazardous gases and emit clear smoke. The low-smoke HFFR is more effective during fire outbreaks since it reduces the amount and density of the smoke, which makes exiting a space easier for occupants as well as increases the safety of firefighting operations.

Communities all around the world including governments, industrial and professional organizations have come up with policies and initiatives restricting the use of PVC cables. There are international standards which emphasize on the use of halogen-free cables in public dwellings. Phasing out the usage of PVC insulated cables becomes more important as it poses a substantial risk to human health and the environment. There is a need for a change in National Building Codes for phasing out PVC insulated wires and cables in India and replacing it with HFFR insulated wire.

In India, majority of the wires and cables in use currently are of PVC insulation conforming to Bureau of Indian Standard (BIS) specifications codes as included in National Building Code of India. For phasing out PVC cables, the cable industry has in cooperation with Bureau of Indian Standards (BIS) implemented a new standard IS 17048:2018 for halogen-free flame retardant (HFFR) cables for working voltages up to and including 1100 volts.

Going by the trend towards greener and safer alternatives, halogen-free cables (HFFR) have been installed by the Delhi metro across stations. These cables have also been used in public spaces including the airports, university campuses, malls and hospitals in a nod to the change.

Cognizant of the fact that wires and cables are the ‘veins and arteries’ of buildings, architects and real estate builders need to take note of the safer and sustainable option like HFFR cables. The change is imminent and the need for a safer future. 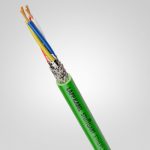 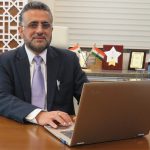