The Centre should extend benefits under the ambitious production-linked incentives (PLI) scheme to the homegrown optic fibre cable (OFC) makers so that investments in the sector would further grow, and India could eventually become Atmanirbhar or self reliant.

As reported in a leading daily, Mr. Ashish D. Jain, Executive President and COO at Telecom Division, Polycab India has stated that the inclusion would give desired impetus to the technological advancements and rise in the investments for building OFC-network infrastructure in the country.

Such a move if allowed, according to Mr. Jain, would play a key role in making India a global hub for OFC production and supply as well as support the country’s Atmanirbhar mission in the sector.

Local optic fibre players, citing immense potential due to upcoming fifth-generation (5G) services, and telecom carriers’ fibre-to-the-home (FTTH) acceleration, have been demanding the incentives under the manufacturing-led incentives program, following the Cabinet’s nod to INR 12195-crore worth of stimulus for the telecom sector that supports indigenous manufacturing of core transmission gear including access and customer premises equipment, routers and switches.

Manufacturing of world-class optic fibre cable and their rapid deployment is one of the most critical elements of the value-chain in building robust and scalable digital networks to meet the demand for high-speed data and quality of services.

Mr. Jain further mentioned that India’s digital aspirations coupled with 5G technology would push the demand and investments in the fibre vertical, and added that this is the “most critical time” to expect the government to bring OFC manufacturing in the PLI initiative.

Indian industry also fears that in the absence of any encouraging scheme for the OFC makers, the country may be flooded with Chinese products since it could circumvent import restrictions and transfer parts of its huge capacities to countries like Vietnam and Philippines.

Hailing the recently-unveiled incentives program, the executive said that the design-led operations and other value-additions by the Indian manufacturing companies should be encouraged. “The eligibility-threshold and the requisite requirement regarding incremental sales of products, manufactured in domestic facilities, should be made flexible to encourage the domestic companies,” Jain added.

Delhi-based Telecom and Infrastructure Providers Association (Taipa) also felt that it was important to support the OFC-centric telecom infrastructure in view of futuristic technologies such as the 5G, Artificial Intelligence (AI), Virtual Reality (VR), Augmented Reality (AR), and Internet of Things (IoT) applications.

Currently, India has only 33% of its 6 lakh telecom tower sites fiberalised as compared to 70% average worldwide.

In 2018, the Department of Telecommunications (DoT) has set up a target to increase fibre footprint to 7.5 million kilometres by 2022, but the Right-of-Way (RoW) challenges, telcos’ increased financial stress, and Coronavirus outbreak have contributed to a relatively slower infrastructure deployment progress. 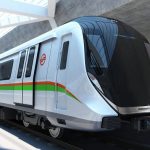 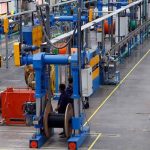