The commissioning of newly built DFC will not only bring major change to freight transport in India’s hinterland but also give boost to several supplier industries, as it will require over 6,000 km of cables, similar amounts of copper wire and aluminum conductors, over 300,000 insulators, more than 100 telecom facilities.

The 351-km section, which has been built at a cost of INR 5,750 crore, will open new avenues for local industries in Uttar Pradesh. The full stretch of the Eastern DFC will run from Ludhiana to Kolkata, covering a total of 1,800 km, and is expected to be operational by next year.

The execution of the DFC also means a major boost to several supplier industries, as the project will require over 6,000 km of cables, similar amounts of copper wire and aluminum conductors, over 300,000 insulators, more than 100 telecom facilities, over 100 signalling stations with electronic interlocking and track detection, nearly 700 transformers, and so on.

The Dedicated Freight Corridor Corporation of India Limited will be monitoring the movement of freight trains at the operations control centre in Prayagraj, which is the second largest in the world after Shanghai, China. 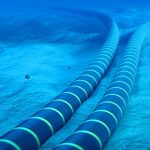 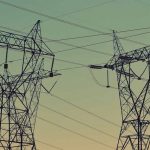