With this merger, the company further strengthens its position in the marketplace by integrating operations and streamlining the corporate structure.

According to an official report, Sterlite Power has announced the completion of merger of its wholly-owned subsidiary Sterlite Power Grid Ventures Ltd with the parent entity.

After the merger, Sterlite Power has announced the audited annual results for the financial year 2019-20 recording outstanding growth in revenue and profit.

Sterlite Power is increasingly focused on integrating renewable energy (RE) to the grid and has been awarded vital projects connecting the national grid to clean and green energy. The company has added several inter-state transmission system projects to its portfolio in 2019-20, including the Lakadia-Vadodara Transmission Project Ltd, which is part of India’s green energy corridor.

The company also commissioned its first project in Brazil (Arcoverde) 28 months ahead of schedule, which was designed to evacuate renewable wind energy. 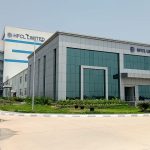 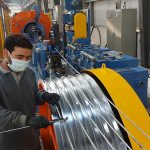