The first phase of the K-FON (Kerala Fiber Optic Network) project will help connect users in schools, hospitals, offices, and houses. A total of 34,859 km of cable will be laid for the project.

Chief Minister of Kerala Pinarayi Vijayan has initiated the first phase of the Kerala Fibre Optic Network (K-FON) project that is aimed at providing free internet connections to families living Below Poverty Line in the state.

“I am happy to inform you that the K-FON has become a reality,” he said as he inaugurated the project online.

The first phase, which will also help connect users in schools, hospitals, offices and houses, was launched in Ernakulam, Thrissur, Palakkad, Pathanamthitta, Alappuzha, Kollam and Thiruvananthapuram districts of the state.

CM Pinarayi Vijayan has touted the project as a “revolutionary step” by his government to end the digital divide in the state and lift it to the height of development, linking all houses and offices with fibre optic network. Moreover, about 20 lakh people will get a very fast and free internet connection through this project.

“With the implementation of this project, the state government is laying a strong foundation to help Kerala grow as a knowledge economy and IT hub,” the Chief Minister said.

The CM highlighted that India is among the countries with a severe digital divide. The project will cover villages in all 14 districts across the state. He affirmed that “K-FON is part of an initiative to ensure that there is no digital divide in Kerala. Once K-FON becomes a reality, the efficiency of various government initiatives like e-health, e-education and other electronic services can be enhanced with better bandwidth.”

K-FON is a joint network by the KSEB and the Kerala State IT Infrastructure Limited. A total of 34,859 km of cable will be laid for the project. Of this, 7,700 km has been completed. In the first phase, 1,000 offices from Thiruvananthapuram to Palakkad districts will be linked. 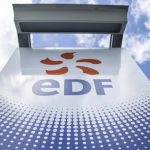 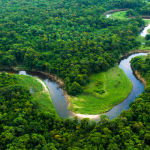