This huge investment in renewable energy generation is anticipated to bring in newer opportunities and drive the demand for wires and cables.

According to the report by the Institute for Energy Economics and Financial Analysis (IEEFA) — India is set to see investments to the tune of around USD 500 billion in the renewable energy sector if it has to achieve the target of 450 GW of capacity by 2030.

It is estimated that striving for 450 GW of renewable energy by 2030 would require deploying USD 500 billion of investment over the coming decade – USD 300 billion for wind and solar infrastructure, USD 50 billion on grid firming investments such as gas-peakers, hydro and batteries, and USD 150 billion on expanding and modernizing transmission and distribution. 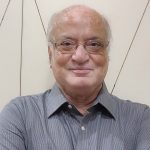