Sumitomo Electric contracts with 50Hertz, an Elia Group company, to replace the 400kV Germany-Denmark Interconnector land cable on the German side. The new cable will be reliable & environmentally friendly and with innovative technology.

“Sumitomo Electric’s XLPE cable is the perfect solution for the requirement of KONTEK to retrofit aged fluid-filled cable systems to more reliable and environmentally friendly technology. Considering the fact that a number of cable systems in the world with old technologies need to be replaced in coming years, we are confident that our XLPE solution will become a benchmark in the industry,” said Yasuyuki Shibata, Managing Executive Officer of Sumitomo Electric.

In 2019, Sumitomo Electric successfully commissioned the NEMO Interconnector for Elia Group and UK National Grid. As of today, NEMO is the highest voltage HVDC XLPE cable system in operation at 400kV.

“With another 400kV KONTEK project for 50Hertz, along with 525kV Corridor A-Nord Project contracted in 2020 with another German TSO, Amprion, we reinforce our position as a technology leader in HVDC cable industry,” said Kazuhira Harada, Executive Officer.

Sumitomo Electric recently opened its power cable project office in Germany to enhance the company’s capability to support customers in Europe throughout construction, and maintenance phases. 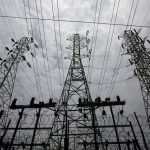 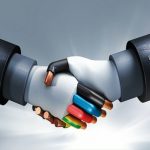