“Government programs such as BharatNet and Smart Cities and new technologies like 5G, AI, IoT are adding to the demand for fiber deployment and also necessitate 100% tower fiberization.”
– Mr. Tilak Raj Dua

In an interview with Wire & Cable India, Mr. Tilak Raj Dua, Director General, TAIPA (Tower and Infrastructure Providers Association), shares his views on how some key imminent developments will impact the growth of the telecom sector, the telecom companies strategizing to bridge the divide between the teledensity of the urban & the rural areas and some relevant solutions to the challenges faced by telecom operators – that is, to reduce costs, maximizing Average Revenue Per User (ARPU) and enhancing customer experience. Further, he also touches upon the kind of investment required in the telecom sector by the government and the FDI investments keeping in view the ongoing and required expansion of telecom infrastructure.

Wire & Cable India: It is expected that India’s telecom sector will have some major developments in 2021 – 4G spectrum auctions, Reliance Jio’s 5G launch and adoption of the OpenRAN. How do you think it will influence the growth for the telecom sector?

Tilak Raj Dua: The rapid digitalization experienced during the pandemic of COVID -19 is now irreversible to a great extent. Today various organizations have realized value in contactless experience, remote meetings etc. and have devised new methods which not only have reduced the expenditure, but also have a wider acceptance. This has resulted in tremendous growth in data usage as well. Therefore the developments of 4G auction and 5G launch would have to be seen in this context when automation, digitalization of services, Industry 4.0, increased use of AI, IoT is only going to accelerate further. The future augurs well for the telecom sector however it will require robust and adequate communications infrastructure including the tower and optical fiber cable and mushrooming of small cells in order to provide a ubiquitous connectivity which can support newer applications.


WCI: With respect to telecom services, urban areas might be well penetrated, but rural penetration is around 50% which leaves plenty of headroom for growth. How are the telecom companies strategizing to bridge the divide?

TRD: To meet Hon’ble PM’s vision of Digital India, e- governance and smart city mission, fibre penetration is required for digital revolution and bridge the digital divide. Government Programs such as BharatNet and Smart Cities & new technologies such as 5G, AI, IoT are adding to the demand for fiber deployment and also necessitate 100% tower fiberization. Further, our Hon’ble Prime Minister has laid out the vision in August 2020, to connect every village in the country with OFC in 1,000 days. To achieve this vision, the cables would have to be laid at nearly 3.6 times the current speed, up from the existing average of 350 km a day to over 1,251 km a day. The launch of the National Broadband Mission reflects the commitment of the Government to bridge the digital divide and bring inclusive growth with equality of opportunity besides empowerment of people through education and skill development. It would propel the country towards a knowledge- based economy.

Further to bridge the digital divide, first the adoption and implementation of Row Rules November 2016 and the second uninterrupted Power supply for telecom installations is very critical.

Department of Telecom, Government of India has gazette notified the Indian Telegraph RoW rules in November 2016 for uniform implementation across the states/UTs in the country. However, so far, only 22 states have adopted the same and other key states which are considered the major business districts are yet to adopt the same which includes Andhra Pradesh, Delhi, Telangana, Gujarat, Karnataka, Tamil Nadu etc. Further in the major states such as Rajasthan, Haryana, Uttar Pradesh, Punjab, Maharashtra, where these rules are adopted as a policy, there are challenges with respect to the implementation at local level. Implementation thereof in a consistent manner in all the states, will not only streamline hassle free ‘Right of Way’ processes but will also result in effective and faster readiness of the states for contributing towards connected digital India roadmap, encompassing programs like smart cities and digital society.

Telecom is classified as critical service during the COVID-19 lockdown and present work from home situation in the country, it is serving as the backbone for various other services such as e-commerce, banking & finance, e-governance, e-education, healthcare etc. and keeping the economic engines running while also contributing to the Atmanirbhar Bharat Abhiyan as launched by the Hon’ble Prime Minister of India, wherein Infrastructure is one of the key pillars. We have been requesting Ministry of Power for various supports to enable telecom industry for ensuring 24×7 continuity of telecom services in the country:

These are the various supports, if extended by the central as well as the state governments together, I am sure will make possible to bridge the digital divide and make available telecom and internet services in nook and corner of the country.

WCI: While Indian government is still mulling over 5G trials, countries like China, South Korea, USA, and European countries have raced ahead in 5G deployments. How ready do you think India is because the PAN-India rollout will need improving spectrum infrastructure, wireless and fiber optic ecosystem?

TRD: I agree with you that India is still behind other major economies as far as rollout of 5G is concerned due to various reasons and one of the important factors for the same is our non-readiness in terms of adequate infrastructure whether its towers, fibers or the spectrum.

To address the same, Government of India has embarked upon the ambitious program- National Broadband Mission in December 2019 which envisages the following key targets:

Government programs such as BharatNet and Smart Cities and new technologies like 5G, AI, IoT are adding to the demand for fiber deployment and also necessitate 100% tower fiberization. The implementation of the National Broadband mission would realize universal broadband deliverables in a time bound manner. The program encompasses a number of modules like implementation of Bharatnet, Gramnet, Jan Wi-Fi schemes, the Fibre First initiatives, establishment of national digital grid and facilitation of mobile tower infrastructure. The Government has rightly acknowledged the importance of fibre deployment for next generation mobile broadband technologies like 5G and therefore a number of steps like creating National fibre Authority, establishing common service ducts etc. have been envisaged through the National Digital Grid initiative under the broadband mission.

While the network operators will mainly depend on markets for their technology needs, they need extensive support from government agencies. The Telecom Regulatory Authority of India (TRAI), the Department of Telecommunications (DoT) and the state governments and municipalities involved will play a key role in ensuring that 5G and other new technologies are accessible widely, safely and at an affordable price.

“A number of steps like creating National fibre Authority, establishing common service ducts etc. have been envisaged through the National Digital Grid initiative under the broadband mission.”

WCI: The telecom operators face pressure in reducing costs, maximizing Average Revenue Per User (ARPU) and enhancing customer experience. What do you think are some pertinent solutions to these concerns and challenges?

TRD: Today the telecom industry is under acute financial stress and facing pressure in reducing costs, maximizing Average Revenue Per User (ARPU) and enhancing customer experience. Following are some of the pertinent solutions to these concerns and challenges:

Enhancement of Scope of Telecom Infrastructure Providers – to encourage and facilitate further investments in telecom infrastructure, as envisaged in NDCP-2018:

Enhancement in the scope of IP-1 registration to include active infrastructure sharing would further enable quick rollout of the critical necessary digital infrastructure and also bring in number of advantages in terms of efficient utilization of resources, savings in capex and opex for telecom operators. IP-1s being neutral hosts, would offer networks with quick turnaround time to operators on non-discriminatory basis enabling them to focus only on providing services and improving customer experience. This aspect is highlighted in various recommendations of TRAI on a number of occasions; however, the implementation by Government is pending for a very long time.

Once implemented, infrastructure providers will be able to bring investments and create the sharable infrastructure for easing out the financial burden on TSPs in an efficient way. Enhancement of scope of IP-1 registration enabling active infrastructure sharing is the only way forward for the industry for bringing in the desired investments for faster rollouts of new technologies and related infrastructure/network.

The local authorities in many states continue to levy hefty permission fees for granting permissions for installation of mobile towers and RoW for laying fiber. The fee goes as high as Rs 2.5 Lakh per annum. This is in direct contravention of Right of Way rules, November 2016 – which mandate levy of one-time charges of Rs 10,000 per tower and Rs. 1,000 per km for laying fiber. Industry has paid/overcharged close to Rs 2600 crore due to various anomalies in RoW charges by State Governments so far. Exorbitant permission fees and charges increases the cost of telecom services which enables the telecom operators to face pressure in reducing costs.

Some states like Gujarat and Maharashtra are levying Property Tax at rates with huge variance. For instance, in Maharashtra, the Property Tax rates vary from 40% to 125% which is further increased by adding various set of penalties, charges and levies taking it as high as 325% in some of the cases.

Consequently, there is a need to ensure uniformity in taxes/penalties being charged by the local municipal bodies.

“The Telecom Regulatory Authority of India (TRAI), the Department of Telecommunications (DoT) and the state governments and municipalities involved will play a key role in ensuring that 5G and other new technologies are accessible widely, safely and at an affordable price.”

WCI: Since India has the second largest telecom network in the world; what do you think are the challenges with regard to finance? Do you think that the investment in the telecom sector by the government and the FDI investments is adequate keeping in view the ongoing and required expansion of telecom infrastructure?

TRD: The telecom infrastructure is a highly capital-intensive venture and continuously requires huge inflow of investments to keep the telecom operations up and running on a 24×7-basis. The Government would have to keep on doing the policy innovations, facilitating ease of doing business, removal of right of way impediments at the state level and attract investment by policy measures such as enhancement of scope for infrastructure provider players so that they can provide active infrastructure on sharable basis as envisaged in NDCP 2018.

Some of the measures have already been taken by the Government recently such as the PM-WANI program for promoting broadband through Wi-Fi hotspots in the country. Going forward, adoption of RoW Rules, Nov’2016 and implementation thereof in a consistent manner in all the States, launch of single window portal for laying of OFC and erection/installation of telecom towers, rationalization of property tax across states, availability of Input Tax Credit (CENVAT Credit) on telecom towers, supportive 5G policies like availability of street furniture, common duct policy and adoption of the National Building code at the state level – are the measures required to support the digital story of the country intact. Lastly, the telecom infrastructure companies are self-capable for the investments required in the telecom sector, all the stakeholders and government need to work jointly for the expansion of telecom infrastructure. 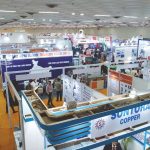