“The prime objective of Union Budget 2021 is to boost and revive the economy that suffered a major setback due to the global pandemic COVID-19 while also increasing the purchasing power of the customers. Allocation of INR 3.05 lakh crore outlay over 5 years for a more revamped reforms-based power distribution sector scheme will provide assistance to the DISCOMS which further will benefit us in establishing well-defined strategies and plans to generate more demand and ensure smooth power supply. Further, the government’s announcement to boost renewable energy, solar energy corporation to boosting renewable energy development would in turn help us frame the sector very differently and efficiently. Additionally, looking ahead at the zeal to augment the country’s infrastructure with highway, enhancing public transport in urban areas will prove to be beneficial for the overall development of the society and give the much needed boost to manufacturing companies like ours to get back to powering the economy as per pre-COVID levels. “

“This is overall a positive and progressive union budget that aims to boost the economy through increased government expenditure, and focuses aptly on healthcare and people. We welcome the government’s strategy of infrastructure-led recovery through higher allocation and reforms in power, roads and ports. However, the time was apt to bring parity on spending between digital and physical infrastructure, especially at a time when we look to aggressively move towards becoming a USD 5 trillion economy. The budgetary allocation of INR 6,000 crore towards BharatNet is a step in the right direction, and an outlay towards building and modernizing digital infrastructure would have set the foundation for achieving accelerated growth and bridging the digital divide. The government demonstrated a stronger focus on innovation through an allocation of INR 50,000 crore for the National Research foundation. A budgetary allocation for digital infrastructure can complement this focus, paving the way for disruptive technology innovations”

“Manufacturing is an integral part of global supply chains, with the potential of core competence and cutting-edge technology. To sustain the double-digit growth, some of the initiatives will help bring scale and size in critical sectors, develop and nurture global champions and provide employment to the youth. The power sector has seen several reforms and achievements in the past 5 to 6 years. The Union Budget 2021 announcement on the expansion of the metro rail network and augmentation of city bus service will create more avenues for companies like ours. To boost the non-conventional energy sector, the government has provided an additional capital infusion of INR 1,000 crore to India’s Solar Energy Corporation and INR 1,500 crore to Indian Renewable Energy Development Agency.

“Overall, the Union Budget 2021 is remarkable. With regard to the wire and cable sector, the increase in import duty is a very heartening step. But at the same time, one of the main challenges is the reduction of taxation on scrap. Metal scrap also includes non-electronic copper that leads to significant amount of energy losses, reduced lifetime of the products and the safety issues – such as fire hazards. The government should have kept same duty structure for scrap, cathode, and CC rod.

In fact, it is a good thing that the government hasn’t increased the amount of direct taxation at all. As a matter of fact, the government is working towards creating a sense of trust with the taxpayers and the citizens of the country. Additionally, in my understanding, the government’s continued focus on sectors such as – infrastructure, healthcare and affordable housing will definitely result in generating the demand.

The government has withdrawn MES scheme, while the industry had expected the government to further give impetus to exports by incentivizing for the exports. If we look at any advanced country in the world, their export share in the overall economy is somewhere around 24% and taking into consideration our country’s export share, it is about 12%. So, if we have to traverse the journey from 12 to 24%, then the government should give significant advantage to exports. This will also help in achieving the ambitious target of USD 5 trillion economy.”

“Finance Minister Nirmala Sitharaman had promised to present a “never before” like union budget that is not seen in the past hundred years. Thus, not only the industry but the common man was also keen to understand a broad roadmap for the future. It can be said that this particular budget required an innovative and unprecedented approach — not only in terms of finances and outlays, but where the schemes of the government, i.e. Atmanirbhar Bharat, Make in India, rapid development of infrastructure – both healthcare and roads, railways and electricity, support towards the economy in view of the COVID-19 crisis – have to be synergized. The budget has done a decent job in all these matters. With that, the wire and cable industry looks forward to achieving promising growth in the coming decade.

That being said, the complexity in the fine print of the budget needs to be addressed by the government. The added burden of TCS earlier and now, TDS on supply invoices will lead to further administrative complexity, which should have been avoided. Some of the GST rules also could have been further simplified, but instead they have been complicated, from what one can observe on the simple reading of the budget. Additionally, exports should have been encouraged to a larger extent, especially as India is slowly gaining a good foothold in the export market in the electrical industry and particularly, the wire and cable industry.

However, larger allocation to roads, railways and an allocation of INR 3 lakh crores for turning around the loss-making Discoms, make an exciting future for the cable industry. We will see a larger thrust on R&D, safety and emphasis on environment friendly products coupled with focus on renewable energy, which will lead to a lot more technologically advanced products in the industry. The whole emphasis is shifting towards electricity- from electric vehicles to a digital world; from industrial competitiveness in manufacturing costs through lower tariffs, fulfilling the connectivity, knowledge and infotainment needs; from burning wood for cooking to usage of LPG cylinders to ultimately using electrical hot plates. With this, the electrical industry becomes the foremost player, and wires and cables being the largest part of the electrical segment, will play a key role in the future growth of the country.”

The Union budget 2021 has been a historic budget that considered the aspirations of all sections of the society for the improvement of standards of living and ease of doing business in industry across the segments. The focus of budget on six pillars, including health and well-being, physical and financial capital and infrastructure, inclusive development for aspirational India, reinvigorating human capital, innovation and research & development, and minimum government & maximum governance is highly encouraging and would go a long way to build a new India. The counter cyclical fiscal policy adopted by the government to rejuvenate the economic growth and development in the country with increased fiscal deficit for the year 2021-22 at 6.8% is highly appreciable. It is being hoped that the fiscal consolidation will be in line by 2025-26.

It is highly appreciable that the focus of the budget is to strengthen the vision of ‘Nation First’, doubling farmers’ income, strong infrastructure, enhancing women’s empowerment, promoting healthy India, bring in good governance, education for all, inclusive development of all. The budget very well recognizes the significance of improving healthcare sector in current times, as it outlays a total of over INR 2.23 lakh crore for healthcare sector. 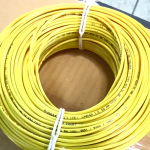 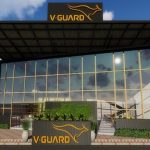