Industry 4.0: The Guide of the Role and Technology in the Wire Industry - Wire & Cable India
FacebookTwitterLinkedinYoutubeEmailWhatsapp

Data is the raw material of the 21st century. Keeping it moving calls for a powerful infrastructure. That’s exactly what LAPP users get – tailored solutions and the right advice, promises Mr. Georg Stawowy, Member of the Board for Technology and Innovation at LAPP.

The introduction of the steam engine at the end of the 18th century, electrified mass production 100 years later; similar things happened with computer-based automation in the 1970s. When people talk about Industry 4.0, they frequently think about previous industrial revolutions and look for the common features. There are some: they all have revolutionized the way we work and produce goods and have increased the productivity multifold. They have involved new raw materials such as steam power, electrical energy, electronic signals, etc. Industry 4.0 involves another major step forward, i.e. ‘data’, the new raw material of the 21st century. The physical and digital worlds are merging into one and, at the same time, networking is increasing; every machine and every ‘thing’ exchanges information with others.

However, there are consequences for the organization of manufacturing companies, particularly, when it comes to the flow of data. The classic automation pyramid with the company (ERP) level at the top, the control level in the centre and the field level at the base will be superseded by an infrastructure without hierarchies. Analysis and visualization, making decisions and implementing them in physical actions and recording of information in a digital twin take place constantly and simultaneously and are mutually dependent.

Of course, the revolution in factories will have an impact on LAPP’s business and it is likely to be a wholly positive one. After all, if everyone is communicating with everyone else, the number of connections will rise dramatically. This is good news for the global market leader in integrated connection systems. LAPP creates connections in factories, for machines, for every industrial activity. Even if the automation pyramid disappears, the lower level containing the basic infrastructure that transports the raw material data will always be necessary.

As a result, connection technologies will be more important than ever. Not just in terms of their quantity, but also when it comes to quality, durability and availability requirements. In terms of investments in an automated factory, connection technology occupies a secondary position, but if it fails, horrendous costs can quickly accumulate; for example, if an assembly line in a car factory comes to a standstill as a result of the failure. Here, a lot of users tend to think of a cable or a connector as a C part, but in terms of their importance they are A parts.

Good advice is not expensive

They are parts that contain a great deal of know-how. The requirements for connection technologies themselves and their variety are increasing and, for many users, it will become more and more difficult to maintain an overview of the products and combinations suitable for their specific needs. There are two options – either trusting your own experience and order parts that are likely to meet your requirements or getting advice from experts, which is the recommended approach considering the increasingly complex materials involved.

It is important to have an overall understanding that goes beyond mere product know-how. LAPP India understands its customers and can act as a guide as we understand the customers’ challenges and can tailor a solution for them. This includes the appropriate products from the LAPP range, with custom products wherever necessary, and also, increasingly in demand, ready to install assembly and engineering. This includes providing customers with the very latest knowledge through webinars or explanatory videos for example. In the future, these training activities will be expanded to include topics such as the basics of automation technology.

LAPP’s product range is based on principles. It contains all the key components a user needs to design their factory according to Industry 4.0 principles, including a huge selection of data cables to comply with different standards such as PROFINET or CC-Link, and now also switches for distributing data in harsh environments. More new products are definitely to follow. But they will all adhere to the LAPP’s philosophy, that is, to always give the customer what they need. Our experts are studying the lines of communication in customer applications to determine exactly what the requirements are and what an ideal solution would have to look like. This will be the basis for further development of the range. Customers will increasingly be attracted to the range rather than an individual product.

These activities will have a definite impact on LAPP’s sales. The industrial data communication division is currently growing at over 20 percent every year, with particularly strong gains in the Ethernet-related business. From a strategic perspective, industrial data communication will increase more than traditional ÖLFLEX connecting cables – but only in relative terms, as this part of the business is also growing in absolute terms. This is hardly surprising as, alongside networking, electrification continues to increase and with it the demand for cables. After all, drives, light and air conditioning all need power.

One of the most frequent questions that LAPP has faced in recent times is – why still produce cables when data can be transmitted via Wi-Fi, Bluetooth or other wireless technologies? In principle, this is true, but in a harsh factory environment, wireless technologies have various disadvantages, starting from the stability of the connection through to latency periods, which make it difficult to create real-time applications. So, the advent and growing prominence of ‘wireless’ does not mean the end of cables; it is an effective solution for specific applications in a rapidly growing market. Because LAPP always considers the customer’s viewpoint, the Company is working with partners to offer wireless connection solutions. Here, too, we are planning to add more components to the range as required.

It’s difficult to make predictions, especially about the future. As a result, we should adopt a cautious approach to speculation about how industry will develop in the next few decades, when a fifth industrial revolution will happen, and what it will bring. But we think we have a good idea of where the next 10 years will take us. We will see networked value creation architectures, relationships between companies, customers and users will no longer be defined by their location or their association with a company but by the digital ecosystems that connect them. Whatever the future brings – LAPP will supply the infrastructure for it.

Ethernet prevails in industrial data communication. Latest-generation machines are connected to the actuator or sensor with Ethernet.

-By: Mr. Georg Stawowy, Member of the Board for technology and innovation at LAPP 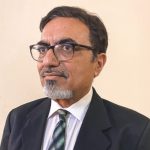 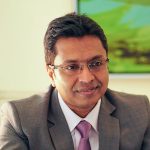