The construction of Orbital Rail Corridor is anticipated to bring in huge infrastructural upsurge and drive the demand for wires and cables.

The Haryana Rail Infrastructure Development Corporation — a joint venture of the Haryana Government and the railways ministry — has entered into an agreement with RITES for construction of the Haryana Orbital Rail Corridor from Palwal to Sonipat for providing railway infrastructure technology and economic services.

Haryana Rail Infrastructure Development Corporation Limited was constituted with an aim to provide eco-friendly and seamless connectivity as a cost-effective and sustainable mode of transport which will enable polycentric growth in Haryana.

On September 15, 2020, the Central Cabinet Committee on Economic Affairs constituted under the chairmanship of Prime Minister Narendra Modi approved the 121.742 km long dual electrified broad gauge line of Haryana Orbital Rail Corridor from Palwal to Sonipat at an estimated cost of Rs 5,617.69 crore.

To further strengthen the road network in Haryana and ease traffic congestion, Haryana government is spending Rs 383.58 crore on upgradation of 83 roads with a cumulative length of 688.94 km under Pradhan Mantri Gram Sadak Yojana (PMGSY)-III in the State. Out of 688 km, 200 km has been completed and the remaining will be completed by the end of the financial year 2021-22.

For remaining 600 km, proposals scrutiny is under process and it is expected that approval for these proposals from the Ministry of Rural Development, Government of India will be received by June 30, 2021. 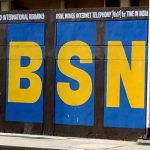 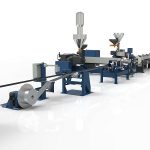