Pricing of electricity is one of the key challenges in the efficient functioning of the power sector. Electricity tariffs typically do not reflect the true costs of generation, transmission and distribution in India. Knowledge about the demand-price relationship, consumers’ willingness to pay for electricity, and demand forecasts are necessary to plan the supply and design of tariff structures. An increase in distributed energy resources (DER) such as solar photovoltaic (PV), wind turbines and electric vehicles (EVs) will result in unanticipated peaks in demand-generation balance leading to huge stress on the power system equipment and networks.

Typically, in most cities, the last 100 MW of the peak demand is experienced for about 100 hours or less in a year; and creating an entire infrastructure to meet this load makes the whole system uneconomical.

India Smart Grid Forum (ISGF), a PPP initiative of the Government of India, with support from Shakti Sustainable Energy Foundation (SSEF) embarked on the project “Design of Robust Time of Use Framework for Electricity Tariff in Gujarat”, a first of its kind study in India. The study examined the detailed feasibility on the possible impacts of the Time of Use (ToU) tariff policy in the state of Gujarat. As part of this project, ISGF developed a ToU Tool that utilities and regulators can use for analyzing different “what-if” scenarios on how much peak load can be shifted and what impact it would have on the utility revenue, reduction in peak power purchase cost and impact on the customer’s bills. An implementation framework and practical roadmap is also given in the ToU report. The study also assessed the use and the impact of the policy on peaking power plants and reduction in the use of DG sets that are used to meet peak loads. It was recommended that the ToU tariff may be implemented on pilot basis in Naroda area in UGVCL in 2021. In the initial phase (6 months to 1 year) there should not be any financial implications of ToU – the customers opting for ToU may be presented two bills: one regular bill that they will pay; and another bill which will show the charges if they had opted for ToU scheme and shifted part of their load. This Shadow Bills should show how much they would have saved if they shifted their load by 10%, 15%, 20%, 25% etc during peak hours during the billing cycle. This experiment will give enough time for utilities to fine-tune their billing system for ToU regime. 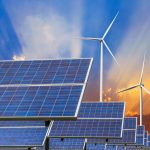 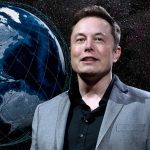