Nexans will supply a variety of high-performance cables for the Paris network infrastructure, including control, medium voltage and signaling cables, and a range of K20 safety cables.

Nexans has extended its long-term partnership with RATP (the state-owned operator of the Paris public transport systems) by winning a two-year contract to supply specialized railway cables and logistics services to upgrade the fire-safety, reliability, and performance of the city’s metro and tram networks.

The contract will see a total of around 4,800 km of Nexans cables installed in tunnels as well as on-board rolling stock across the Île-de-France region, including the prestigious Grand Paris Express project.

Nexans will supply RATP with a variety of high-performance cables for the Paris network infrastructure. They include control, medium voltage and signalling cables, as well as a range of K20 safety cables. This range has been specially designed to improve cable life and safety levels in tunnels.

All cables supplied to RATP are certified in accordance with the new European RPC (Construction Products Regulation) regulations, for the recommended Euro classes.

The RATP cables are rated from low voltage (170 V) up to medium voltage (20 kV) and will be manufactured mainly at Nexans’s Mehun-sur-Yèvre factory as well as at other sites around Europe. They will be stored at the Nexans Nanterre logistics facility in Île-de-France ready for fast-track delivery to RATP projects.

Nexans’ approach to logistics is a vital element in the contract, as Olivier Gestin, Purchaser Manager at RATP explains. “The Nexans Logistics Centre in Nanterre is a key asset in ensuring that we meet our supply deadlines since RATP projects require a lead time of around two weeks between issuing a manufacturing request and delivery to site for the most strategic cables).”

“This is a very important contract that reinforces our position as a leading cable supplier for RATP’s current projects,” said Jean-Luc Mastrot, Nexans Key Account Manager RATP. “Furthermore, we are especially pleased that our cables will play a key role in RATP’s Grand Paris Express project, which will be a significant and far-reaching expansion to the Paris rail network.” 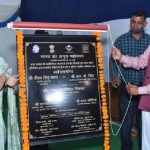