As the largest private sector power distribution company in the country, Tata Power’s consumer base now stands at 11.5 million across Mumbai, New Delhi, Odisha, and Ajmer

Tata Power has taken over the management and operations of NESCO (North Eastern Electricity Supply Company of Odisha) upon completion of the sale process. The country’s largest integrated power utility said that NESCO now will operate under the company name TP Northern Odisha Distribution Limited (TPNODL).

As per the order issued by the Odisha Electricity Regulatory Commission (OERC), Tata Power holds 51 percent of equity with management control and the state-owned GRIDCO will have 49 percent equity stake in the company.

TP Northern Odisha Distribution Limited (TPNODL) will now be responsible for the distribution and retail supply of electricity in five circles of NESCO covering close to 2 million consumers with annual input energy of 5450 MUs in Balasore, Bhadrak, Baripada, Jajpur and Keonjhar districts.

This covers a geographical spread of more than 27,500 sq km and a network of more than 90,000 CKT km for a license period of 25 years. With this, Tata Power now distributes power in the entire state of Odisha with a total customer base of 9 million.

Tata Power consumer base now stands at 11.5 million across Mumbai, New Delhi, Odisha and Ajmer as the largest private sector power distribution company in the country.

“It is a proud moment for us that on the auspicious occasion of ‘Utkala Diwas’, we have taken over the operations of NESCO in Odisha. We are committed to provide reliable, affordable and quality power supply along with superior customer service,” Praveer Sinha, CEO and MD, Tata Power, said in a statement. 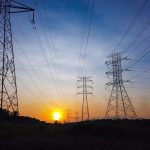 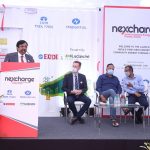