Sterlite Technologies (STL) has reported a satisfactory performance for Q4FY21 with revenue of INR 1475 crore — marking a 27.15% YoY growth.

With continued investments in 5G wireless, ORAN and optical solutions, it has achieved an order book position of INR 10,700 crore. The optical fibre cable or OFC business grew by 35% in FY21. The company closed the year with 27% YoY growth with exports at 42%.

The consolidated Profit after tax (PAT) for the Mar-21 quarter was up 65.19% at INR 121.93 crore. The profit growth was sharper due to a growth in top line as well as efficient working capital management reducing the funds locked in the working capital cycle. Net profit margins or NPM improved from 6.36% to 8.27% on a YoY basis. NPM was higher sequentially too.

As reported in a leading daily — Sterlite Technologies has planned INR 400 crore capex for FY22. Moreover, the company plans to ramp up optical fibre cable volumes and its key optical interconnect business in the next few years. The company’s Group Chief Financial Officer Mihir Modi states that STL intends to achieve that by building a portfolio of communication systems known as open-source access solutions. It also plans to take its systems integration unit global, while scaling up in India.

Sterlite Technologies’ order book, Modi said, is now spread across FY22 and FY23 evenly, with the first half of the ongoing fiscal looking better. Some of these deals are valued in millions, including a three-year strategic collaboration with U.K.’s Openreach to provide millions of kilometres of the cable used in telecommunications for a full-fibre network in the country. It has also signed USD 100-million deals in the Middle East to build future-ready digital networks. 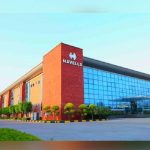 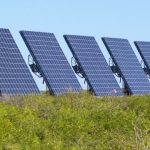