Power Grid Corporation of India has won the project of INR 1.4 billion per annum to establish a transmission system for the evacuation of solar power in Rajasthan.

The Central Electricity Regulatory Commission (CERC) has granted a transmission license to Bikaner-II Bhiwadi Transco, a special purpose vehicle of Power Grid Corporation of India (PGCIL), to establish a transmission system strengthening program. This is designed for the evacuation of power from solar energy zones in Rajasthan (8.1 GW) under Phase II-Part F, on a build, own, operate, and maintain basis.

In June 2021, PGCIL had acquired two transmission projects – Fatehgarh Bhadla Transco Limited and Sikar New Transmission Limited – under Phase II, Part-B, and C of the ‘transmission strengthening program’. Each of the projects is started with the objective to evacuate 8.1 GW of power from solar energy zones in Rajasthan. 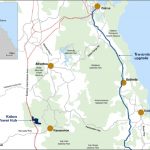 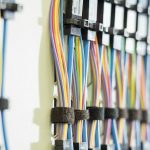