The state has formulated the KOFN project which would cost INR 4300 crore including the cost of network maintenance for a period of 15 years, the CM explained.

Karnataka Chief Minister Basavaraj Bommai has appealed to the Central Government for a grant of INR 4,300 crore for the Karnataka Optical Fibre Network (KOFN). The execution of the program would bring high-speed internet connectivity to all government offices, including panchayat ones in the state.

During a meeting with Union IT, electronics, and communications minister Ashwini Vaishnaw in Delhi, the CM of Karnataka put forth the request for the investment from the government.

In a memorandum, Bommai explained that due to BharatNet’s limited scope, in addition to telecom companies’ inadequate presence at the panchayat level, the Karnataka government cannot fulfill the connectivity requirements of 25,000 government offices and institutions.

With regard to the internet connectivity-related issues, the state has formulated the KOFN project which would cost INR 4300 crore which includes the cost of network maintenance for a period of 15 years, he explained.

In their interaction, CM further asked Vaishnaw, who is also the present Railway Minister to consider their proposal to expand Bengaluru’s suburban rail project’s corridors to regions including –Chikkaballapur, Tumakuru Bangarapet, Ramanagara, Hosur, and Doddaballapur. Further, he also asserted the need for a faster provision of land to Karnataka Rail Infrastructure Development Company (KRIDE) for the construction of the station and tracks under Phase-1 of the project. 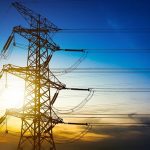