The transmission line in the side of Nepal will be constructed by the company which will be set up through a 50-50 share ownership of NEA and Power Grid.

Nepal Electricity Authority and Power Grid Corporation of India have signed an agreement to develop a transnational transmission line – the Indian portion of the 400 kV Butwal-Gorakhpur line. This expansion of the power line will be made through joint investment.

According to the Nepal Electricity Authority (NEA), an investment agreement was signed to build the Butwal-Gorakhpur second cross-border power line.

An energy secretary-level meeting of Nepal and India some three years ago had agreed to construct the transmission line with a total capacity of 400 kV. According to the agreement, it has been made clear that the said power line will be built based on the joint venture of NEA and Power Grid Corporation of India.

NEA Executive Director Kulmanghising confirmed the bilateral investment agreement with respect to the Butwal-Gorakhpur 400 kV transmission line. Besides, the transmission line is related to the US aid project Millennium Challenge Corporation (MCC). 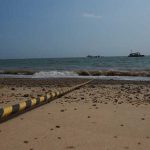 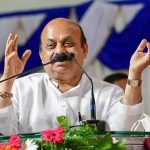