India is swiftly emerging as a credible power provider to Nepal and a few South Asian countries such as Bhutan, Bangladesh and Myanmar via a number of cross-border power transmission lines. To pave the way for better exchange of electricity between India and neighbouring countries, the Ministry of Power, Government of India has issued the “Guidelines for Import/Export (Cross Border) of Electricity-2018”.

Recently, India and Nepal have signed a contract for the 400KV cross-border power transmission line between Butwal in Nepal to Gorakhpur, India. With this agreement for the second cross-border transmission line between the two countries, it will facilitate and strengthen the relation between Nepal and India concerning power trade. It is also noteworthy that this agreement was a prerequisite for the execution of the US Millennium Challenge Corporation (MCC) grant to Nepal, under which the country will get the grant of USD 500 million for electricity transmission and road infrastructure projects.

One key area under MCC is the Electricity transmission project which includes the construction of HV power line paving the way for greater electricity trade with India. In the next three years, more than 3,000MW of electricity will be added to Nepal’s national grid.

As per a report by leading news daily, the new power lines will enable this power to be distributed within Nepal, and also to export surplus power to India through the Butwal-Gorakhpur corridor.

At present, for the existing power trade between the two nations, the 400KV Dhalkebar-Muzaffarpur Cross-border transmission line is the crucial power line. In case of any issue arising in this existing power line, Nepal will be able to shift to the new alternative line.

In addition, to pave the way for better exchange of electricity between India and neighbouring countries, the Ministry of Power, Government of India has issued the “Guidelines for Import/Export (Cross Border) of Electricity-2018”.

Currently, India is linked with these countries – Nepal, Bhutan, Bangladesh and Myanmar. With the commissioning of a new project, the power exchange between Bhutan and India would be enhanced to about 4200 MW. A high capacity interlink is in place between India and Bangladesh via Baharampur (India) – Bheramara (Bangladesh) lines along with a 2×500 MW HVDC back-to-back terminal at Bheramara. Another interconnection exits between Surajmaninagar (Tripura) in India to Comilla in Bangladesh. Presently, India is providing around 3 MW of power from Moreh in Manipur to Tamu in Myanmar through an 11 kV transmission line. Also, India and Bhutan are connected through various lines, mainly for the import of about 2000 MW power. 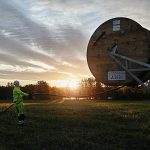