According to the report — Currently in India, 34 people per 100 have access to the internet in rural areas, and 1.75 lakh villages have access to optical fibre network. Under the Digital India programme, the government has taken tremendous steps to give internet access and connectivity to all areas, including rural and remote locations.

India’s digital adoption has increased multi-fold, making it the second-largest consumer internet market. Country’s expenditures in digital infrastructure will accelerate the adoption of new technologies. A long-term and comprehensive effort is required to further improve the sector.

As per the report published in a leading daily — the first priority is the development of digital infrastructure, which is critical for economic growth, job creation and the provision of services. India has a large optical fibre cable network in the public and private sector that constitutes its digital highways and is progressively increasing its per capita availability. About 30 percent of the existing 6,40,000 telecom towers are fiberised and the remaining need to be done speedily.

In the 5G ecosystem, the number of towers is likely to grow to about two million and close to 80 percent of these would need optical fibre cable backhaul. Further, the existing fibre-optic network would require upgradation and under the BharatNet 1, would have to be augmented to a ring architecture to maintain services, despite fibre cuts.

Third, 5G technology is expected to create a cumulative economic impact of USD 1 trillion in India by 2035. Several critical policy initiatives, including that of spectrum, technology demonstration and major trials are in the pipeline. To accelerate 5G adoption, the government could embrace a ship-to-software model.

The fourth priority for strengthening digital capabilities lies in the security aspect. The government is planning to unveil a new cyber security strategy this year. The vision of the strategy is to ensure a safe, secure, resilient, vibrant and trusted cyberspace. It will serve as a guideline to handle every aspect such as governance, national data resources, building indigenous capabilities and cyber audits.

Finally, manufacturing domestically is an essential prerequisite of the digital mission. The government has announced and rolled out many incentives and schemes like NDCP, PLI, RoW, SPECS, MSIPS, etc., to boost the domestic manufacturing sector. Along with these landmark reforms, India must have a framework for comprehensive policy planning, reduce its dependence on telecom imports, and effectively use incentives and trade remedies.

Information technology is creating an intelligent world, from smart cities to smart companies and schools. Government-led investment in digital infrastructure, recalibrating the budget allocation for the telecom sector, exploring new and innovative funding sources for digital infra, effective implementation models and promoting Make in India will transform the nation. 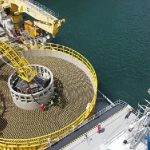 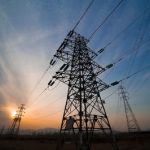