In the first phase of the Patna Metro project, the metro trains will run overhead on the 6.63km stretch. BSPHCL has recently the NOC certificate to PMRCL for the laying of underground wires and cables and relocation of transformers.

The overhead power lines in Patna in three different stretches are going to be placed underground for the Patna Metro project. The high-tension overhead lines from Malahi Pakri to Patliputra Interstate Bus Terminal (ISBT), Mithapur to Khemnichak, and Danapur to Patliputra are going to be placed underground. Moreover, the transformers that touched roads will be repositioned to make room for the elevated networks of the Patna metro rail.

The Bihar State Power Holding Company Limited (BSPHCL) has recently conceded the NOC certificate to Patna Metro Rail Corporation Limited (PMRCL) for the laying of underground wires and cables and relocation of transformers on three stretches.

In the first phase of the metro project, the metro trains will run overhead on the 6.63km stretch, which includes five elevated stations — New Patliputra ISBT, Zero Mile, Bhootnath, Khemnichak (interchangeable station) and Malahi Pakri. Also known as the priority corridor, the first phase comes under Corridor II. This initial stretch is likely to be ready by the year 2023.

With regard to the overhead wires, a PMRCL official said the work on removing the loosely hanging wires has started from Malahi Pakri and Khemnichak with the help of BSPHCL engineers. The official informed, “We have got the approval for laying of wires underground to make way for the elevated routes of both the corridors. The three stretches will be free of overhead cable wires by October-end. The piling work and construction of pillars to make base for the elevated tracks have been going on between Malahi Pakri to Patliputra ISBT. The National Highways Authority of India (NHAI) has also given its NOC for the construction of elevated network over NH- 20.” 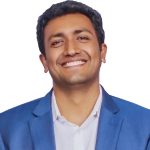 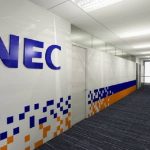