In the framework of this renewed partnership, Openreach has recently undertaken a live trial using the double overblow installation method developed by Prysmian Group.

Prysmian Group has extended its partnership with Openreach, the UK’s largest digital network business, with a new three-year contract. Prysmian Group will provide innovation and expertise to support Openreach’s updated Full Fibre broadband build plan which will be fundamental to the UK Government achieving its target of delivering ‘gigabit-capable broadband’ to 85 percent of the UK by 2025. This is as Openreach follows an extended investment commitment by its parent, BT Group meaning that it’ll now build Full Fibre technology to a total of 25 million premises, including more than six million in the hardest-to-serve parts.

Recently updated research by the Centre for Economics and Business Research (CEBR) shows that a nationwide Full Fibre network could turbocharge the economic bounce back from the pandemic, leveling up rural and urban communities, deliver up to USD 80.45 million approximately (£59 billion) in increased productivity every year and enable a million people to get back into employment.

Recently, Openreach has executed a live trial using the double overblow installation method developed by Prysmian. This Karona installation technique enables the installation of high-density optical fibre cable into pre-existing sub-ducted routes, already containing legacy cable. The trial took place at Stonehaven in Scotland. The cable used for the trial was Sirocco HD 144f with a 5.0 mm diameter, and the innovative installation method allowed to overblow 600mts of cable in less than 4 hours, increasing the capacity of the route to 432f. This installation technique was repeated at Bury St Edmunds, where a route of 730mts was successfully overblown in less than 4 hours. 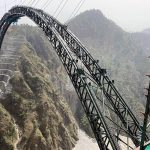 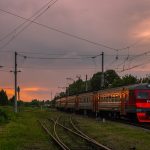