The Antípodas project is chiefly aimed at capitalising on the huge solar potential of the Atacama Desert. The electricity produced by between 200 and 600 GW of photovoltaic generation capacity may transmit power to Asian countries.

Chile is going to build a submarine cable to outsource photovoltaic energy to China, as per the development shared by the Chilean Solar Energy Association – ACESOL – which quoted a statement by Chilean President, Sebastián Piñera, during the National Meeting of Entrepreneurs (ENADE).

He explained that, through the cable, the electricity produced by between 200 and 600 GW of photovoltaic generation capacity may transmit power to Asian countries when it is daytime in Chile and nighttime across the Pacific, or when it is winter in Asia and summer in the southern hemisphere.

“We have the deserts with the highest solar radiation in the world and a gigantic potential for generating clean, renewable and economic solar energy, which we can export during our day to supply Asian countries,” said Piñera.

Explaining the objective of the project, the president asserted that the idea is particularly ambitious and that just to carry it out requires studies and strategic alliances with large Asian economies. The length of the submarine cable should be about 15,000 km long and building a 1,300 km cable would be valued at about USD 2 billion. In addition, it would be necessary to invest in new solar plants since Chile has 3,106 MW of photovoltaic capacity installed, according to IRENA. 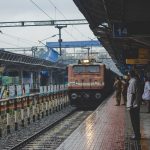 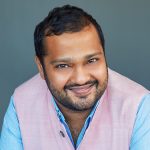 Runaya: Catering to the Domestic and Global Needs through State-of-the-art FRP Plant