Within BharatNet Phase-II, more than 3,100 Gram Panchayats in ten districts in Tamil Nadu will be provided with a minimum of 1 GBPS bandwidth service. The package also includes radio connectivity for Gram Panchayats that cannot be connected through optical fibre.

ITI Limited, a PSU under the Department of Telecommunications, Ministry of Communications, has received an order from Tamil Nadu Fibrenet Corporation Limited (TANFINET) for BharatNet Phase-II for Package D.

According to the official release, the contract is valued at INR 432.97 crore and has to be implemented within 360 days, followed by three years for operations and maintenance from the date of ‘Project Go-Live’ under the delivery schedules.

The package also includes radio connectivity for Gram Panchayats that cannot be connected through optical fibre, implementation of horizontal connectivity to government premises, schools, and primary health centres (PHCs). Around 15,000 km of optical fibre cable will be laid, including underground and aerial fibre to connect Gram Panchayats with blocks, district centres, and state headquarter.

Speaking on the order and ITI’s role in the BharatNet Project, Mr. Rakesh Mohan Agarwal, Chairman & Managing Director, ITI Limited said, “ITI has implemented BharatNet Phase I in several states, and TANFINET project gives us an opportunity to scale up our contribution further. We are focused on assisting Govt. of India in its initiatives like Make-in-India, Digital-India, and Smart City missions.” 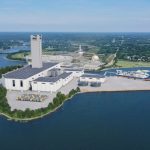 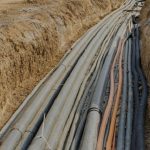 Underground Cabling Phases 1, 2 in Bengaluru to be completed by December-end