The railway routes which have been electrified are – Gadwal-Raichur, Kohir Deccan–Khanapur, and Pimpalkhuti–Kosai which covers parts of Telangana, Karnataka, and Maharashtra.

As part of the “Mission Electrification” programme of the Indian Railways which aims to electrify all the broad gauge routes by December 2023, South Central Railway (SCR) has completed 162.4 route km of electrification across three sections this month.

The electrified routes include – Gadwal-Raichur for a distance of 57.70 Rkm, Kohir Deccan–Khanapur for 60.40 Rkm, Pimpalkhuti–Kosai for 44.30 Rkm which covers parts of Telangana, Karnataka, and Maharashtra, as per the senior officials.

General Manager Sanjeev Kishore informed in a press release that electrification of these railway lines will significantly strengthen rail infrastructure besides reducing the fuel expenditure and carbon footprint. 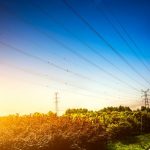 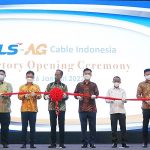