The new class of conductors is created by the company based on a combination of carbon composite and aluminum encapsulation protection for the composite core.

Transmission and Distribution conductor firm TS Conductor aims to make electricity networks greener by increasing penetration of renewables and energy efficiency. As per the reports, a new class of conductors is created by the company based on a combination of carbon composite and aluminum encapsulation protection for the composite core. The conductors are compatible with industry standard field practice and can be used for line reconductoring, building new lines, upgrading energy efficiency, and insulation upgrades of distribution networks. They can be installed with the same tools and operating procedures as ACSR conductor (Aluminum Conductor Steel Reinforced).

Talking about the development, Dr. Jason Huang, President and CEO, TS Conductor, says, “Energy generation through renewable sources has increased, however, the transmission segment is often overlooked. There is a dire need for new cable technologies that can accelerate the connection of renewables. Since the emergence of the ACSR conductor in 1908, there has been no substantial change in overhead conductor technology used by transmission and distribution grid operators.”

A pioneer in high-efficiency conductors for electricity grids, TS Conductor recently got funding from Breakthrough Energy Ventures, National Grid Partners and a subsidiary of NextEra Energy. The investors reportedly joined Talkot and Hervé Touati in its oversubscribed Series-A financing, for a total of USD 25 million. The new capital would be utilised to build the company’s first state-of-the-art manufacturing plant in the United States. Founded in 2018, TS Conductor plans to reduce line losses, expand capacity and accelerate the integration of wind, solar and battery storage – while leveraging existing infrastructure assets. 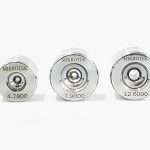 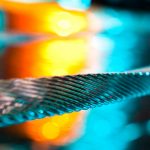