India and Maldives are intending to come together and establish a power transmission interconnection for the transferring of renewable power between the two Asian nations. The plan was discussed during the meeting between Union Minister of Power and New and Renewable Energy, Government of India Shri R. K. Singh and Minister of Environment, Climate Change and Technology, Republic of Maldives Ms. Aminath Shauna.

The Power Minister of India commended the commitment of the government of Maldives to achieve a net-zero emission target by the year 2030, according to a power ministry statement. Both the leaders have suggested two Memoranda of Understanding – on energy cooperation and on transmission interconnection under One Sun, One World, One Grid (OSOWOG).

To facilitate Maldives’ energy transition programme, a transmission interconnection for renewable power transfer has been proposed, according to the statement released by the Ministry of Power.

Furthermore, a draft agreement is being prepared for the project on transmission interconnection for which a technical team from India would visit Maldives to assess the technical feasibility of the power project.

Later on, a Detailed Project Report (DPR) will be jointly put forth with the collaboration between India and Maldives, including an undersea cable route survey and network augmentation in Male, the capital city of Maldives. 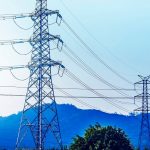 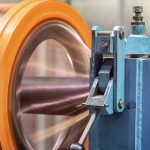