We often hear about devastating fire accidents in buildings or factories, resulting in loss of property, human lives, and other asset losses. During the subsequent investigations, we hear that the loss was due to the short circuit of faulty electric wires. It is a fact that the insulation of electric conductors gets deteriorated with time and calls for time-bound replacements. Many a times, the original wires themselves could have less substandard insulation and though might have withstood the short-time testing, but eventually shortens the lifespan of the insulation. It is, therefore, the duty of all concerned — the wire and cable manufacturers, electrical contractors, and the ultimate customer to ensure that the cables of standard quality requirements should be processed at the manufacturing end. The manufacturing of high-quality cables in turn depends upon the right type of equipment used for the manufacturing of the cables. Insulation is the heart of the cable and good quality of the insulation is processed using right extrusion technologies and the right type of extruders.

The concept of extrusion was first put forth in 1797 by Joseph Bramah. He constructed a hand operated piston press for the manufacturing of seamless lead pipe. In 1845, the first patent for an extruder for the processing of thermoplastic material was granted to Bewley and Brooman, which was operated by hand and by 1855, it was converted to mechanical device – application of Gutta-percha thread by extrusion process.

In 1851, first copper covered conductors were covered with Gutta-percha (rubber like material) as the first submarine cable. Steam heated extruders. Between the years 1920-30, many new thermoplastic resins were developed. In 1935, first thermo plastic extruders were developed by Paul Troester. In 1939, Troester developed the first-ever extruder with electrical heating, air cooling, automatic temperature control, nitride hardened barrel and a screw with L/D 10:1.

Components of an Extruder

To understand the extrusion process, it would be necessary to know some basic aspects of an extruder-construction and the idea behind the same. An extruder consists of an assembly of a set of screw and barrel. The screw is fitted within the barrel having very close tolerance, say between 0.2 mm to 0.3 mm. The modern-day screws and barrels are made with tolerances less than 0.2 mm.

The compound entering the extruder is conveyed through the – feed zone, transition zone, and metering zone. In the feed zone, the material is to get soft and acquire plastic form on application of temperature and pressure. The plasticized material is conveyed forward into the mixing or masticating – transition zone and lastly, the metering zone. At the feeding zone, the flight depths of the screw are deep cut. The material is heated in this zone by external heating.

The ratio of the area in the metering zone and feed zone is called as the compression ratio for XLPE is 3:1, and for rubber/LSOH, it is 1:11. Further, the compression ratio is lower for material like high viscous rubber and high shear materials like LSZH. The two parameters which describe the size of the extruder are the diameter and the L/D ratio. The typical L/D ratio for XLPE/PVC/POLY is 24:1, and for rubber, it is 15:1.

The purpose of an extruder is to convert solid granule or any other form to homogeneous melt and to pump the melt at a steady and controlled rate through a shaping die which is fixed in the crosshead along with the tip. The tip in the crosshead guides the cable and shaping die as it gives the shape of the insulation depending upon the material. The different types of extrusion process are employed as per the requirement.

Pressure extrusion is employed when it is desired to fill the interstitial voids in the cable design. The purpose is to ensure that the molten polymer is forced into the gaps in the laid up cores.

The tip is positioned well back from the die lips and it is preferred to use the tip without land. This setup allows the molten extrudate to be forced into the gaps in the cable, thus exerting a pressure on the laid up core. The die diameter is normally of the same diameter as of the finished cable. The distance from the end of die to the tip edge is called gum space and is typically between 2 to 3 mm.

The tubing technique uses less material than a pressure technique, and it also provides a cable with greater flexibility. The purpose of this technique is to essentially lay the core inside a tube. The tip is positioned in the same plane as the die and it is generally preferred to use the tip without land, but for some applications, land on tip works well.

The core passes through the die and the tip at a higher speed than the extrudate flows through the die. This causes the melt to be elongated and pulled down on to the cable core. The degree of elongation is measured as the draw down ratio. A draw balance ratio of 1 ensures that the sheath is drawn down evenly.

This is a halfway house sometimes called the semi-pressure extrusion with a technique similar to tubing. The tip is positioned slightly back into the die lips but not as far as in a true pressure technique.

Tool Design and Selection of Tooling

The tooling design is an important feature which determines the quality of the insulation or sheathing. The tools shall be so designed to allow the streamlined flow without the possibility of stagnation of the material. There are different approaches to this, but Supermac Industries India’s approach is to have a constant and straight angle approach which gives excellent results.

The selection of the tip depends on the level of perfection adopted in the manufacturing. Tip clearance is decided on the type of conductor or laid up cable. Typical clearances are from 0.3 mm to 1.0 mm depending upon the conductor and the laid up cable. It is also to be ensured that the surface of the tip is free from dents, sharp edges and has a mirror finish. This helps in the smooth flow of the extrudate.

One of the important parameters in the selection of the die is the linear expansion and temperature relation of the compound used. The concepts of draw down ratio as well as draw balance are used to select the right and accurate size of the die for achieving the quality finish.

This is normally used when performing a tubing extrusion where the cable is traveling faster than the extrudate exits the die. Hence, the melt is drawn down.

From DDR and DBR equations die size can be calculated

TYPICAL DDR and DBR VALUES – The below values are just for guide. The material supplier data sheet is the right way to obtain the right DDR and DRB.

Advantages of Using DDR and DBR

A straightforward and worthwhile approach is to seek a statement of output vs extruder size from one or several extruder suppliers to decide on the requirement. The other important parameters to be considered in selection of an extruder are – horse power-requirement, extruder size, L/D ratio, and screw-design. The selection of – reduction gear box, thrust gearbox, and right drive and PLC, are also considerably significant. Furthermore, features such as – efficient heating and cooling of the barrel, the selection of temperature control system and other items like control panel etc and IIOT (Industrial Internet of things) enabled extrusion lines also play a key role in the selection.

The long-life characteristic of the cables is improved by using the right extrusion process and the right kinds of extruders. Now, the selection of the right screw and its well-proven design, and the L/D ratio helps in producing the best product at best output and quality.

We have described the above possible methods of tools-selection, which is based on our experience but different cable manufacturers follow their own thumb rules in selection. Tooling selection has lots to contribute to the quality of the cable. Many times, the defects in the insulation are due to improper tooling. With the right control system and PLC systems, it is important to have and establish right processing parameters depending upon the compound used.

With the demand of high speed, special applications, and HV cable lines, the process parameters have to be controlled with the highest degree of precision and accuracy. The key factors influencing the performance of the cables are related to process parameters. Over the last few years, there is a lot of emphasis on the use of correct process specification and customers are demanding more and more precision and accuracy. Also, it must be understood that the correct equipment and process specifications are not the end and it should be implemented by a team who are well trained and experienced and follow the basics of extrusion. Extrusion is an art and therefore, it has to be applied accordingly while manufacturing cables or any other profiles.

At last, the correct checklist for the operation of extruders is to be always followed. The right methodology should be adopted to solve extrusion-related problems. Supermac Industries India is the only Indian extruder manufacturer who offers IIOT in their extrusion lines. With this advancement, the customers have access to their process and extrusion equipment on a real-time-basis anytime and anywhere.

Mr. Vivek Kohli, Director of Supermac Industries (India) Limited since the last three years has an overall experience of 43 years in the wire and cable and the insulators industry. He has held several positions including corporate management roles in the wire and cable industry in India and the Middle East. He is a pioneer to get the XLPE cable and HTLS conductor-technologies in India. He is an author of the book called ‘Power Cable Technology’, published by CRC press USA in 2016. 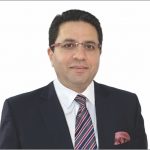 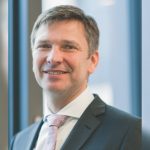 Industry 4.0: The Guide of the Role and Technology in the Wire Industry