There are many criteria that must be considered when selecting the conductor for an underground cable system. These include electrical considerations, thermal design, installation techniques, mechanical stresses and so on. And of course, cost is an important factor, not just the purchase cost but the overall cost of operating the cable throughout its life. Environmental impact is also an increasingly important factor at the earliest stage of the cable design.

For underground cables, only two metals are used: copper (Cu) and aluminum (Al), due to their excellent conductivity. The best metal for conducting electricity is actually silver. Unexpectedly, gold comes in at third place – behind copper, while aluminum is fourth. Copper has much better electrical conductivity than aluminum – by a factor of 1.64. But it is over three times heavier and much more expensive. Copper prices can fluctuate considerably, but there have been times this century when the cost of copper has been five times that of aluminum.

What these factors mean is that while an aluminum conductor must be bigger to carry the same current as copper, the aluminum cable can be more cost-effective to purchase and easier to handle.

There are a few variations such as enameled copper wires (CUE) or oxidized aluminum wires.

Experience in the French grid

As a concrete example, Figure 2 illustrates cable ratings calculated according to the IEC 60287 standard for different types and sizes of conductor. This is based on a typical French installation in a semi-urban area, with the cables laid in PVC ducts embedded in concrete with a trefoil geometry.

It is interesting to note the relative performance of the conductors. In one example, a 2500 Al cable has very close to the same rating as a 2000 Cu cable.

Losses in the conductor account for the major proportion of the energy lost in an underground cable. Figure 3 shows the typical total losses for cables installed in France as a function of their current rating. The curves end at the steady-state permissible current rating, associated with the maximum temperature of the insulation material (90°C for XLPE = cross-linked polyethylene). The order of magnitude is 30 W/m per cable.

Réseau de Transport d’Electricité (RTE), the French transmission system operator (TSO) has produced statistics showing that underground cable systems operate more than 95% of the time at a current rating lower than 60% of their maximum rating. This means that the losses are normally well under their maximum value. The remaining 5% of the operating time matches with the peak values and most constraining conditions, such as in a severe winter period with extensive use of electrical heating.

The conclusion is that an underground cable is therefore operated generally in conditions leading to “acceptable” losses. This point is essential, considering that power losses dominate the cable’s environmental impact. The closer to the maximum point the cable is operated, then the greater the environmental footprint and the higher the operational cost.

When designing a cable system the aim is to stay within the current rating dictated by thermal behavior. Effectively, the cable is designed not to exceed the maximum temperature of the insulating layer in any operational mode. Most of the time, the design engineer will select the size of conductor that allows the required operating temperature while staying on the safe side within a wide range of standardized sizes.

Until recently, this approach was regarded as offering the lowest investment cost. However, the global cost of a power link also depends on the actual cost of the energy losses. A bigger conductor, although more expensive on initial purchase, may generate lower losses than the thermally designed conductor. Therefore, it can become significantly more cost-effective after a few decades.

This approach is explored in Figure 4 that looks at the case for a cable system carrying 700 A. Data is plotted on the graph as a function of the conductor size (two colors are used for Al and Cu conductors) and the investment cost of the installed system. The investment cost is made up of the actual cost of the losses at the specified current rating and the total cost.

The investment costs increase with the conductor size, while the cost of losses decreases as there is less electrical resistance. The combination of both trends leads to U-shaped curves with an optimal conductor size.

In the example, 1600 Al is the most cost-effective conductor to transmit 700 A over a project life of 50 years. Yet, 630 Al would have been selected from a strict thermal design point of view.

This optimization is not only of an economic nature. The lower losses also play a favorable role in terms of environmental impact. The benefits can include less risk of thermal aging, reduced risk of thermal runaway due to uncontrolled soil drying, a larger safety margin to handle load peaks or unexpected hot spots, margins for overloads, etc. Furthermore, lower losses help in limiting global warming.

While maximum standardized cross-sections of conductors have moved from 1600 to 2500 mm² within recent years, some manufacturers are now offering new solutions with aluminum conductors of 3000 or 4000 mm², pushing the present limits of copper conductors. Studies have been carried out to assess the interest in these huge components in terms of performance, installation, economics and environmental impact. They show that, for a given current rating, a cable with a very large aluminum conductor generates less energy losses than a cable with a smaller copper conductor of one or two sections.

The lower investment cost of the resulting aluminum cables could bring significant savings, despite the increased cost of installation (excavation, cable laying, assembly of joints, etc.). Design engineers then have to balance the attractive global cost with a number of additional constraints. These include increased civil works, more rigid conductors and lower strength to resist pulling during installation, increased size of drums or lower delivery length on site, which means shorter sections and more joints. A larger conductor diameter also involves accessories of bigger size.

Perhaps the most significant barrier is that there is currently no experience in terms of the qualification of such huge cable systems. Utilities and manufacturers will need to collaborate to address this challenge. However, at the conductor sizes used today there is substantial practical experience showing clearly that aluminum represents an important alternative to copper. 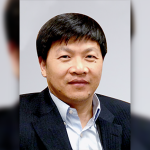 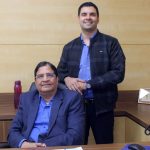 Fine Products: Ensuring Complete Traceability of Process at Every Stage