Vodafone and Bharti Airtel are expected to invest approximately USD 10 billion capex each in the next five years.

India’s top three telecom operators are looking at a collective capital expenditure of a shade over USD 30 billion on base stations and fiber infrastructure alone for rolling out ultra-fast fifth generation or 5G mobile networks.

It is expected that Bharti Airtel and Vodafone Idea would require to spend USD 10 billion capex each over the next five years, while Reliance Jio Infocomm’s incremental 5G capex outgo is estimated lower at around USD 8 billion as the Mukesh Ambani-led operator already has more 5G-ready fiberised towers than the incumbents, having already spent around USD 2 billion on tower fiberisation.

Analysts were, however, sceptical about Vodafone Idea’s ability to afford such big-ticket capex spends given its continuing market share losses and weak financials, which they said could choke its 5G play. They also said the need for a dense site footprint and fiber backhaul in 5G would shift the balance of power towards larger and integrated operators with strong balance sheets like Jio and Airtel, while those with high gearing levels are at risk given the sustained high capex needs.

“Airtel and Vodafone Idea will each need to spend $2 billion annually on 5G radio and fibre capex spread across 5 years,” UBS said in a report, implying 65% and 85% of Airtel’s and Vodafone Idea’s current annual India capex run rates respectively. By contrast, Jio’s 5G capex, it said, “would be lower due to its larger tower footprint and higher proportion of towers on fiber backhaul compared with Airtel and Vodafone Idea.” The brokerage also expects Jio to transition to 5G in a “time-efficient manner”, given its in-house data centers and investments in a content distribution network (CDN). 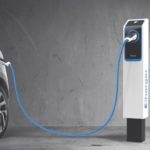 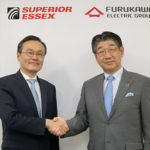