A lot of emphasis is being given to railway electrification in recent years which is expected to create new opportunities for the wire and cable sector.

Indian Railways has massive plans to achieve ‘complete electrification’ of a 69,182-route kilometre network by December 2023. Despite the pandemic, the transport lifeline of the nation has managed to achieve the milestone of covering 6,015 route kilometre (RKM) in 2020-21. If all goes as anticipated, India will soon be the proud owner of the largest electrified rail network in the world.

With a view to provide an eco-friendly mode of transportation to citizens and reduce dependence on imported fossil fuel, the government has decided to go with 100 percent electrification of Indian Railways. Out of 64,689 route kilometres (RKM) including Konkan Railway, around 45,881 RKM has already been electrified which makes almost 71 percent of the total broad-gauge network.

The proposal was approved by the union cabinet on September 12, 2018, when the last leg of un-electrified broad-gauge covering 13,675 route km, or 16,540 track km got cleared at a cost of INR 12,134.50 crore. Besides reducing pollution and increasing the speed and capacity, the move of Indian Railways is expected to save INR 13,510 crore per annum in fuel costs.

In a railway electrification system, the electric power is supplied to the trains without local fuel supply or on-board prime mover. It either uses electric locomotives or electric multiple units or both. The electricity produced in the stations is transmitted to the railway network which gets distributed to the trains. In most cases, electric railways purchase power from an electric utility; however, there can be dedicated generating stations and transmission lines.

The moving trains are supplied electricity with a continuous conductor that runs along the track which can either be an overhead line or a third-rail system. Due to less operating costs and lower carbon emissions, electric railways are hailed as the better and more energy-efficient alternative to the diesel engine. They are not only more responsive, powerful, and reliable, but also quieter, faster, and can run in tunnels and other difficult areas. While diesel engines use petroleum, electric railways can take electricity from any source including renewable energy.

With the latest technology like regenerative braking, the train’s kinetic energy is turned back into electricity and returned to the supply system which can be further used to supply power to other trains and the general utility grid.

Need of Cables in Railway Network

Catenary cables are made of pure or alloyed copper. They are selected in accordance with the type of engines, climatic conditions, and the frequency of the power feeding network.

The hybrid cables combine power supply, communication, and control applications. They protect against external electromagnetic perturbations produced by traction power. Designed to resist harsh environmental and climatic conditions, these cables can be composed of individual conductors or twisted pairs.

Local Communication cables are used for transmitting voice, data, and images in railway authority offices and stations. They can be unscreened (UTP), or screened (F-FTP). The highest transmission performances can be attained with constructions presenting an individual screen on each pair.

Optical fibre cables are used to transmit voice, data, and images on short as well as long distances. They are classified into two categories – Optical Underground Cables (OUC) and Optical Aerial Cables (OAC).

The Optical Underground Cables (OUCs) are installed along tracks. The construction of these cables depends on the method of their installation. Optical Aerial Cables (OACs) equip overhead lines, with short, medium, or long-span versions. The construction depends on the gaps between poles and electric fields produced by the power transmission line installed on the same infrastructure.

These cables help in transmitting different kinds of radio signals in tunnels, subways, buildings, and other confined areas. With apertures in the outer conductor, they can transmit voice and data up to 2600 MHz even in the most difficult areas.

Infrastructure on the Right Track

A budget of INR 1,10,055 crore has been allocated for Indian Railways in 2021-22, out of which INR 1,07,100 crore is for capital expenditure. This has pushed the government to have an ambitious plan to develop adequate rail infrastructure for achieving the target. The Indian Railways is expected to consume at least 28-30 billion units of electricity for its traction requirement which will open up opportunities for wire and cable companies and other players of the electrical industry. Whether Indian Railways purchase direct power or create its own captive infrastructure, the wire and cable industry will have its business benefits in both situations.

The first electric train in India ran between Bombay Victoria Terminus and Kurla on the Great Indian Peninsula Railway’s (GIPR) Harbour Line on February 3, 1925, with 1500 Volts DC which was later extended by installing 3000 Volts DC system. By the year 1936, 388 route km was electrified. In 1957, the 25 kV AC traction system was adopted by Indian Railways.

According to a CRISIL report, the wire and cable industry in India has registered a CAGR of 22 percent in volume terms over the last five fiscal years. The industry is expected to reach a volume of approximately 27 million km by FY 2023-24. Industrialisation in developing countries like India is one of the key factors that are driving the growth of the global wire and cable market. According to a report published by Data Bridge Market Research, the global wire and cable market might rise to an estimated value of USD 332.65 billion by 2026 from its estimated value of USD 201.76 billion in 2018, registering a CAGR of 6.45 percent in the period of 2019-2026. The wire and cable market in India comprises almost 40 percent of the electrical industry. With the expansion of the power and infrastructure sectors, the wire and cable market is not only growing at a CAGR of 15 percent but India is also emerging as a potential market for high voltage (HV) and extra-high voltage (EHV) cables among the global investors.

A National Rail Plan (NRP) for India-2030 has been prepared and adopted by Indian Railways according to which, infrastructure catering to the demand till 2050, will be created by 2030. It identifies demand and required capacity augmentation till 2030 with the mission to reduce the logistic cost of the economy.

Besides electrification, the Indian Railways has taken various other steps toward combating climate change such as improving the energy efficiency of locomotives and switching to renewable sources of energy. With India’s push for renewable energy, the cable industry is now looking forward to supplying cables for solar and wind applications besides oil and gas.

The government’s impetus on railway infrastructure is all set to increase demand for more power, and hence more power cables. The wire and cable industry has grown considerably in India over the last few years. With increasing market potential, advancement of technologies by the utilities, and emphasis on digitisation, the future of the wire and cable industry looks bright in India.

“Railways require multiple types of cables and conductors ranging from electrification to signalling to network to the indoor power supply. The most common and high-value items are catenary and contact wires in conductors and signalling and quad in cables. These are procured directly by various railway circles across India or by the contractors who take up complete railway EPC work. They also procure optical fibre cables and other copper telecom cables for networking purposes. In power cables, they procure flexible wires for indoor use according to IS and IRS standards both. They also procure LT cables for electrification purposes. These are generally procured through their contractors. Paramount has expertise in all cable types mentioned above. We are one of the largest cable suppliers to Indian Railways with experience of more than four decades. Interestingly, Paramount was one of the earliest cable partners of Railways where we helped them better the design of their axle counter cables. Hence, Paramount enjoys hard-earned goodwill in the Indian Railways.” 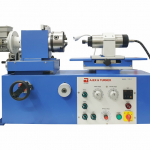 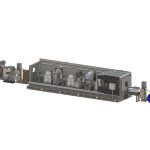