As per the agreement signed at ‘Make in Odisha Conclave 2022’ , the neutral submarine cable landing station at Puri will benefit various industries in the state including entertainment, data centre and banking.

With an aim to facilitate the growth of the IT sector and improve data connectivity, Odisha has collaborated with RailTel Corp, a wholly-owned subsidiary of the Indian Railways, to set up a neutral submarine cable landing station. An MoU was signed in the presence of Mr. Manoj Kumar Mishra, Secretary, Electronics & Information Technology (E&IT) Department and Mr. Sanjai Kumar, CMD, RailTel at the third edition of the ‘Make in Odisha Conclave 2022’. Various other business leaders were also present on the occasion.

Also Read: RR Kabel to Launch IPO; Expects to File Papers with Sebi in May 2023

As per the MoU, the neutral submarine cable landing station at Puri will benefit various industries including entertainment, data centre, banking and financial sectors. Many other companies such as Intel, Oracle and IBM also made investment commitments during the conclave that was held from November 30 to December 4, 2022. 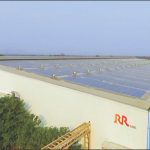 RR Kabel to Launch IPO; Expects to File Papers with Sebi in May 2023 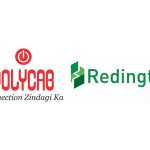