Rating agency ICRA has revised steel industry outlook to negative from stable as back-to-back extensions of lockdown is likely to result in a severe steel demand slowdown which is estimated to fall by 20% in FY21.

Jayanta Roy, Senior VP and Group Head (corporate sector ratings), ICRA said, “The first half of FY 2021 is expected to be challenging for steelmakers. Many buyers could prefer to sit at the sidelines, given the uncertain demand environment and liquidity pangs of steel consumers, amid dwindling sales and fixed cost obligations.”

As per ICRA’s latest report on the sector, domestic steel demand is estimated to decline by upwards of 20% in FY 2021, which will be the sharpest fall on record. Data for March and April 2020, which points to a steep year on year (Y-o-Y) contraction in steel demand of 22% and 91% respectively. Consequently, the ratings agency’s outlook on the domestic steel industry has been revised to negative from stable.

As reported in a leading daily, despite higher borrowing levels of state governments that have been allowed subject to conditions, infrastructure spending by the centre and states could be partly deferred to the next fiscal, due to dwindling tax collections currently, limiting the possibility of a sharp bounce back in steel demand post the lockdown, said Roy.

With around 51% of the urban population living in red zones, steel demand from the construction and real-estate sectors could take some time to return to the pre-Covid-19 levels, limiting the possibility of a steep rebound in domestic steel demand, as per ICRA’s analysis.

In addition, slackness in demand, migration of labour timely availability of raw materials, and liquidity/ working capital availability remain some of the key challenges grappling the end-consumers of steel.

Fresh steel capacity of 10 million tonne (mt) is expected to be commissioned in the coming few months and the capacity utilisation rate of the domestic industry is expected to plummet to less than 65% in FY 2021.

Steelmakers have focused on export deliveries as destocking inventory and shoring up the balance sheet liquidity seems to have assumed a higher priority over profitability.

“…Industry’s export consignments made during the lockdown have been to China, the Middle East, Vietnam and other South-East Asia countries. Despite exports being less remunerative than domestic sales due to the duty protections available within India, steelmakers have continued to focus towards the export markets in May as well,” said Roy.

ICRA notes that the bulk of the allocations of the recently announced Rs. 20-lakh-crore Covid-19 package have been directed towards social sector spending and enabling credit flow to the stressed/ vulnerable sectors of the economy.

“Unlike an investment-led stimulus, the measures announced so far by the GoI may not lead to an immediate rebound in domestic steel demand in the prevailing weak demand environment,” the report said. 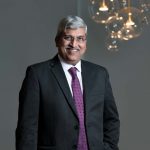