Data compiled by World Steel Association (WSA) showed that the country’s production growth was the highest during the January-February period at 7.6 per cent as compared to the global average of just 0.6 per cent at 127.6 MT.

The US, which was the third-largest steel producer since 2010, produced 13.52 MT during the January-February period, giving away its position to India. On a yearly basis, India may retain the position given the fact that a lot of capacities are set to be commissioned during the year from its present installed manufacturing capacity of a little over 100 MT.

Production in the US, on the other hand, is heading for stagnation with no signs of growth in the immediate future. Output in the US has been hovering between 86 MT and 88 MT for the last four years. The gap of production between the two countries was just 5 MT last year. Interestingly, the US snatched the third slot from India in 2009. 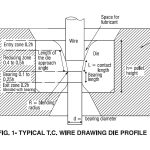