Besides being ready to acquire a 100 percent stake in Unitape Mandovi Composites Private Limited, an FRP rods manufacturer, Aksh also has earmarked a capex of Rs. 950 million to enhance its optic fibre production capacity by 100 percent, OFC by 50 per cent and FRP by 200 percent.

While the OFC market is looking up as a whole, a key player that stands to gain immensely from the increase in demand is Aksh Optifibre Limited. Established in 1986, Aksh started manufacturing optic fibre in 1994 and has carved a niche for itself in the country’s OFC market. The company has significant international operations as well, and exports to over 70 countries across the world.

Apart from manufacturing optic fibre and fibre-reinforced plastic (FRP), Aksh offers e-Governance services in partnership with various state governments. Being an early entrant in the e-Governance space in India, Aksh has secured key projects from various state governments. The e-Governance arm of the company, 1 Stop Aksh is on track to open 10,000 kiosks across the country by end-2016. These kiosks provide services such as micro ATMs, Aadhar card enrollment, LED distribution, and payment of government bills. 1 Stop Aksh has also forayed into digital literacy and employable skill development in Rajasthan through projects such as IT Gyan Kendras, the National Digital Literacy Mission and the Telecom Sector Skill Council.

Meanwhile, OFC remains the key business vertical of the company. Mr. Satyender Gupta, Deputy Managing Director, Aksh Optifibre, has said in the company’s annual report, “India presents high growth opportunity for optical fibre manufacturers owing to rising internet penetration, the development of high-speed transmission networks, and government initiatives like the National Optical Fibre Network and Network for Spectrum. The availability of inexpensive 3G- and 4G-enabled smart-phones and their growing uptake, along with the increasing demand for internet protocol-based voice, data and video services, are propelling market growth.” This has enabled the company to post strong growth numbers. During 2015-16, the company reported a 34 percent rise in earnings before interest, tax, depreciation and amortization owing to a 23 percent increase in net revenues.

Meanwhile, large-scale government projects such as Digital India and Smart Cities are encouraging service providers to provide more value-driven products and services. For instance, during 2015, a number of public Wi-Fi projects were launched by the Delhi government, Pune Municipal Corporation and Indian Railways, etc. Such initiatives have opened up a host of opportunities for the entire OFC sector, which the company is well- placed to leverage. “The huge demand for OFC has led to an industry-wide shortfall in fibre supply and surge in fibre prices. This calls for an overall expansion of the manufacturing capacity. Aksh is set to cater to the market demand and has planned phased expansion at all its divisions to meet future requirements. The capacity of fibre manufacturers would be a game changer, not only for domestic operations but for exports as well,” says Gupta.

To further strengthen its market position, Aksh decided to acquire a 100 percent stake in Unitape Mandovi Composites Private Limited, which is engaged in the manufacturing of FRP rods with a production capacity of 216,000 km of FRP rods per year. The acquisition is under way and is likely to be completed soon. The acquisition will help Aksh enhance its manufacturing capacity and meet the growing demand for OFC. In addition, the company has earmarked a capex of Rs 950 million for expanding its in-house production capacity. It plans to enhance its optic fibre production capacity by 100 percent, OFC by 50 per cent and FRP by 200 per cent. The capacity expansion has been strategically planned to cater to market demands. The enhanced capacity will be operationalized in 2016-17.

Meanwhile, Aksh has decided to foray into eyewear, lighting and solar products manufacturing. It is also planning to pro- vide financial technology solutions such as biometric, smart cards, magnetic cards, EMV cards, software applications, data management and cash management. It has already received approval from shareholders for the same.

Going forward, the company is expected to continue on the growth path given its strong manufacturing base and significant presence in the domestic as well as international market. 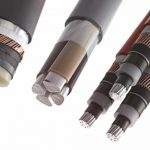 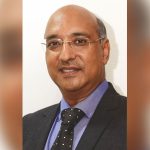 With Swift Business Growth in Aluminum Based Products